A neo funk/neo soul style song with lyrics co-written by two of the group's members, Minhyuk and Peniel, "Outsider" encourages listeners to break free from the frustrations of daily routines and worries and boldly live the life they want to live. 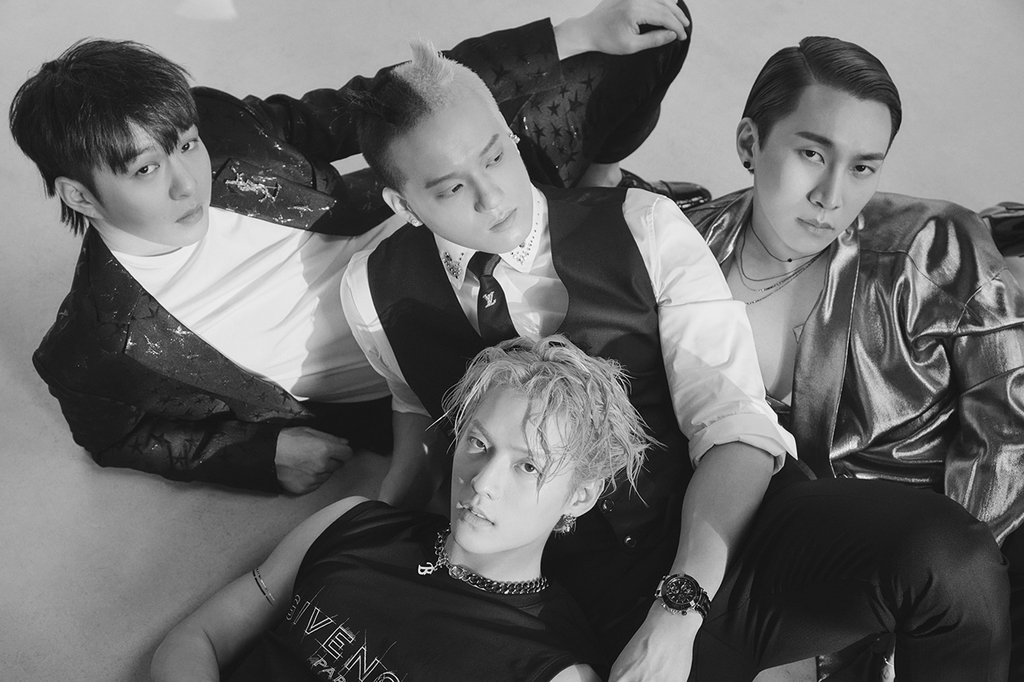 "We used the word 'outsider' in a different sense from the conventional meaning," Minhyuk said during an online press meeting promoting the release of the new album, "[4U : OUTSIDE]."

"Ultimately, it's a song of healing," Changsub, one of the lead vocalists, weighed in. "BTOB are singers who give comfort."

The once seven-member group has currently been reduced to four, with Hyunsik and Sungjae carrying out their mandatory military service and Ilhoon having left the group in December amid allegations of drug abuse.

Through the special album, Eunkwang, Minhyuk, Changsub and Peniel try to show their new sides both in terms of musical depth and physical appearance. 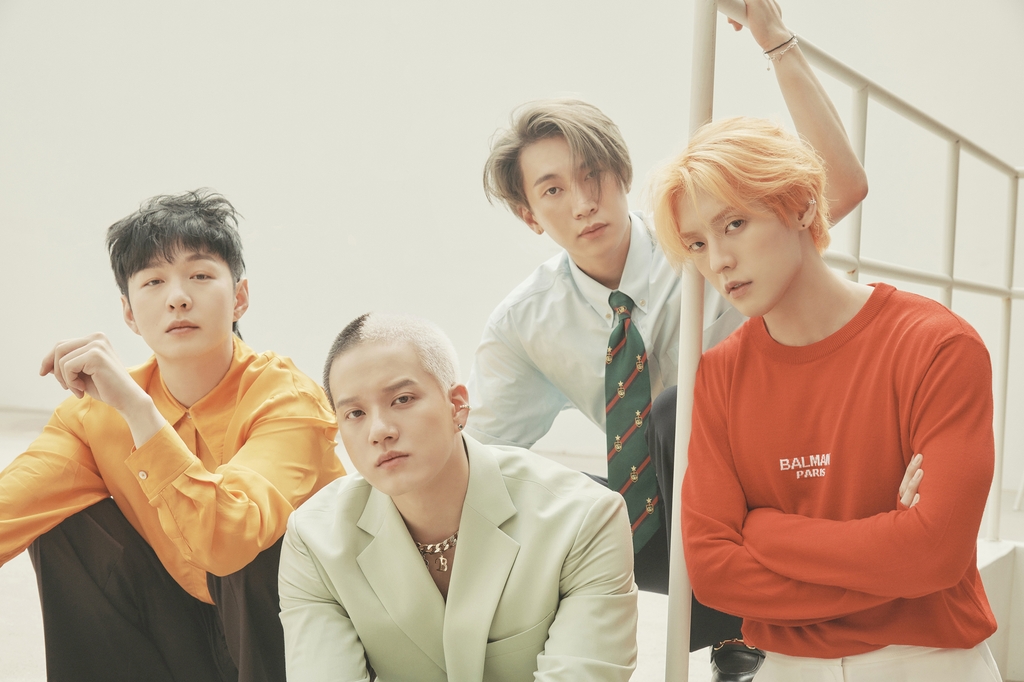 "We wanted to show that wider spectrum in the new album," he said. "Not only as a group with stronger vocals but also as professionals on the stage."

Asked to describe what is unique about the new album, Changsub said it is the way in which each of the six tracks offers something different for each circumstance and mood.

"None of the colors are the same," the 30-year-old said. "If you're depressed, listen to 'Can't Breathe.' If the sun's shining and you feel like going somewhere, listen to 'Traveler.' If you feel trapped in a place with lots of people, listen to 'Outsider.' Listen to whatever you want, whenever you want."

Next year marks 10 years since the group's debut. Asked what they look forward to the most, Changsub replied, "A 10-year anniversary concert."

"I earnestly hope that we'll be free from COVID-19 and be able to sing together face to face, passing around the mic."

BTOB hopes 'Outsider' will encourage people to be themselves

BTOB hopes 'Outsider' will encourage people to be themselves