Veldwijk, 30, is leading the top-flight K League 1 this season with 14 goals in 26 matches.

Veldwijk moved down a division to leave Jeonbuk Hyundai Motors and join Suwon FC in July last year. He helped his new club earn promotion to the K League 1 and has turned Suwon FC into one of the major surprises this season. 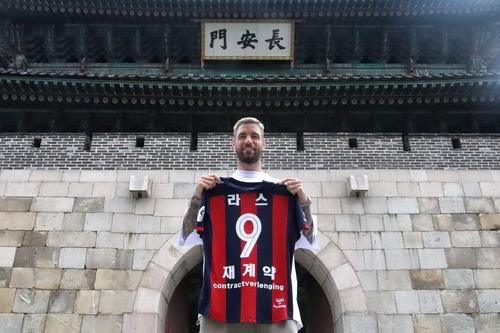 Behind Veldwijk's offensive heroics, Suwon FC are in third place in the 12-club league with 38 points, behind Ulsan Hyundai FC (54 points) and Jeonbuk (47 points). Suwon FC are also the third-highest scoring club in the K League 1 with 39 goals, with Ulsan and Jeonbuk tied at the top with 46 goals apiece.

Veldwijk left the top Dutch league Eredivisie to sign with Jeonbuk in January 2020. But it wasn't until a transfer to Suwon FC that Veldwijk started flashing his goal-scoring skills.

Though he was born in the Netherlands, Veldwijk has represented South Africa internationally because his father is of South African descent. 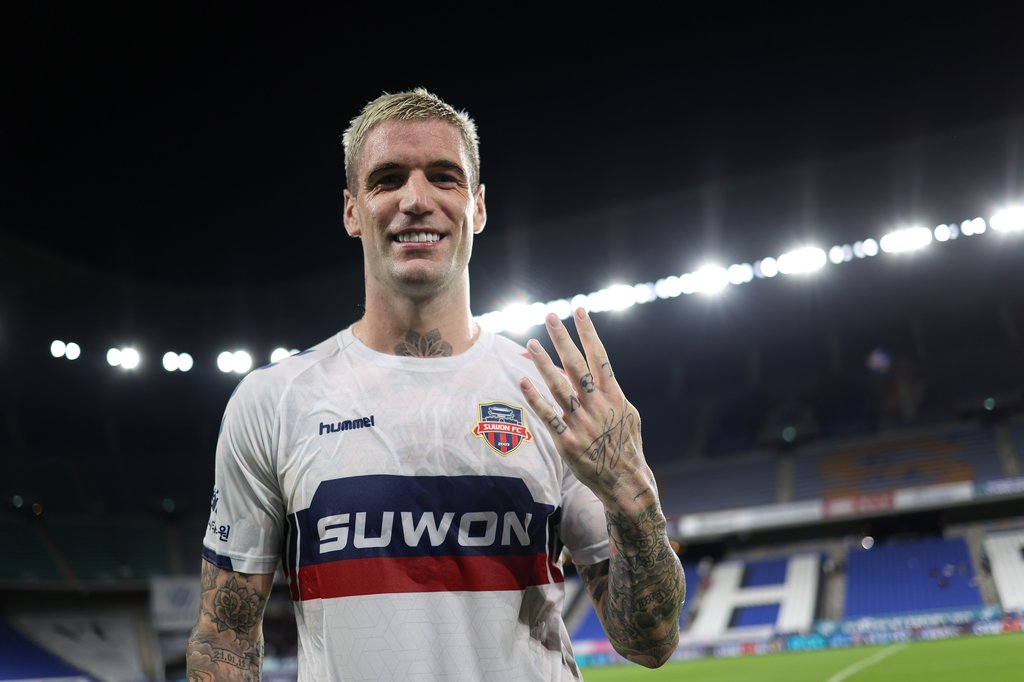