The meeting took place Monday after Suh arrived in Egypt for a two-day visit at the invitation of the country's defense chief Mohamed Ahmed Zaki Mohamed. He is South Korea's first defense minister to visit the Middle Eastern nation.

During the talks, Suh said South Korea's defense industry could contribute to Egypt's push to modernize its military, according to the ministry.

"The two ministers ... agreed to further strengthen their cooperation down the road to achieve tangible outcomes in the defense industry," the ministry said in a release, adding they decided to expand senior-level communications.

On Tuesday, Suh will have talks with Zaki and pay a courtesy call on Egyptian President Abdel Fattah El-Sisi before flying to Oman for a two-day visit. 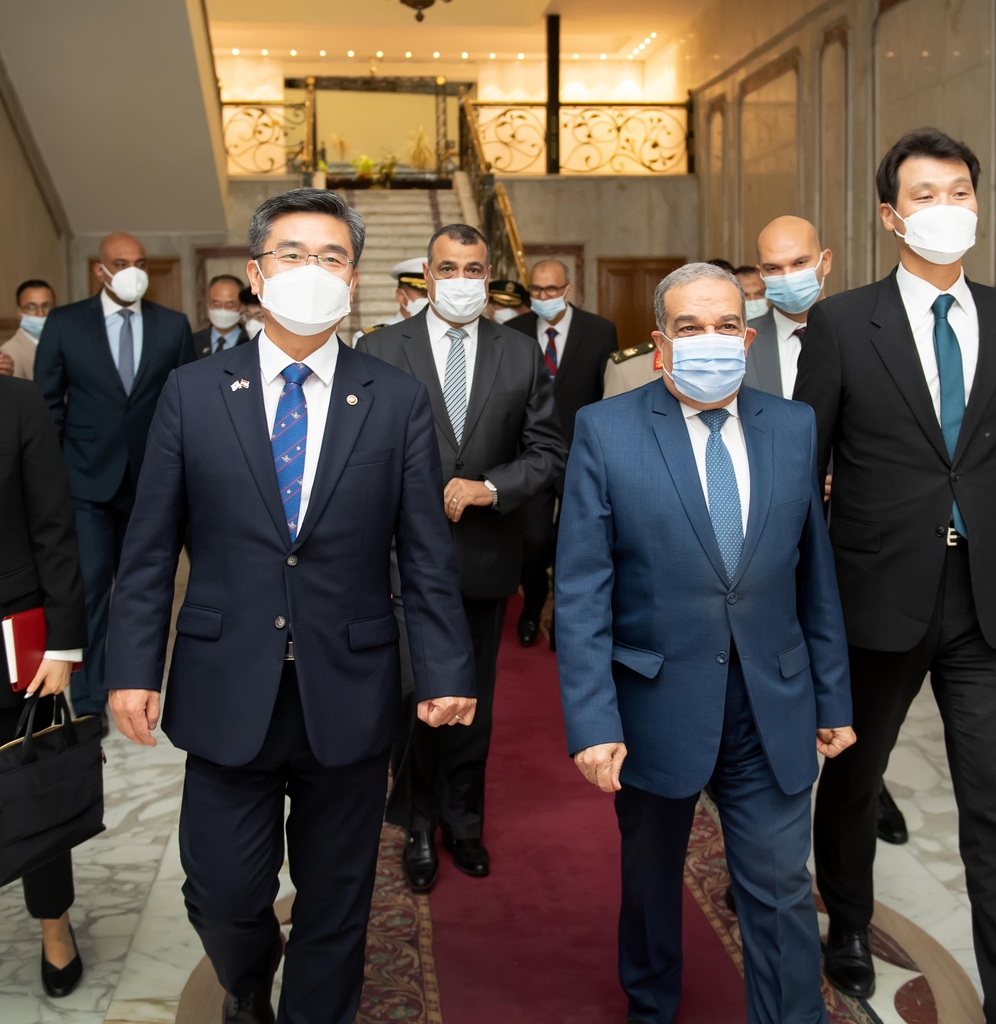