The summery song debuted at No. 1 in May and spent nine nonconsecutive weeks atop the Hot 100 chart before dropping to the fourth, seventh and eighth places in the past three weeks.

Billboard announced the latest results on its website Monday (U.S. time), adding that "Butter" also topped the Digital Song Sales chart for a 13th week, with 68,800 downloads, up 25 percent from last week. 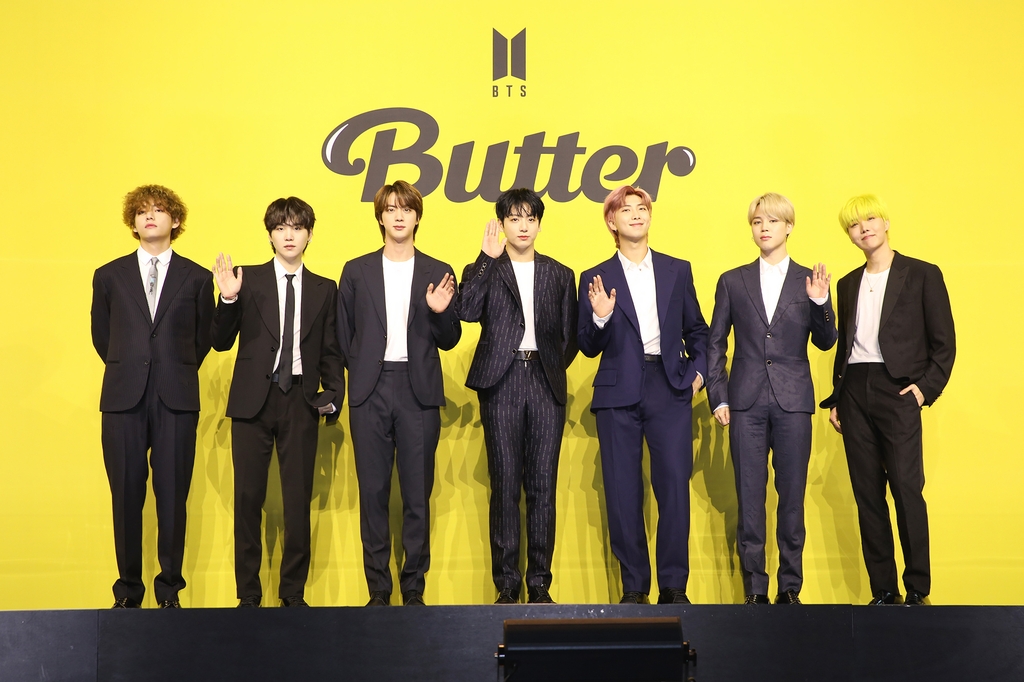 With 14 weeks in the top 10, "Butter" replaced BTS' first English song "Dynamite" (13 weeks) for the most weeks spent in the top 10 for a song by a South Korean artist.

In between its No. 1s, "Butter" spent one week at No. 7, when it was dethroned by BTS' other hit song, "Permission to Dance," the seven-piece act's second collaboration with British singer-songwriter Ed Sheeran.

Coming in at No. 1-3 on this week's Hot 100 chart were "Stay" by The Kid LAROI and Justin Bieber, "Bad Habits" by Ed Sheeran and "good 4 u" by Olivia Rodrigo, respectively. 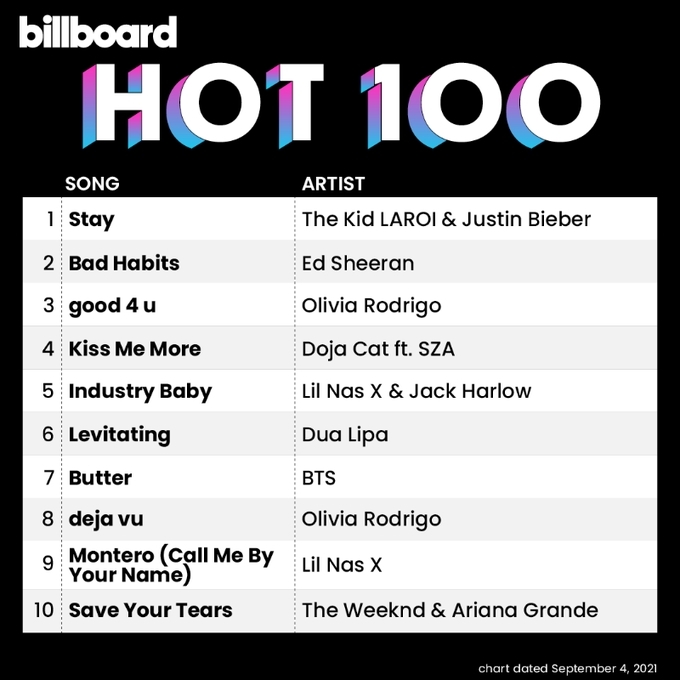