Kim "held hands of each of the young people who volunteered to work at difficult and challenging sectors with high awareness and enthusiasm to glorify their youth in the van of the worthwhile era, highly estimating their deeds and mental world," according to the Korean Central News Agency.

"Those young people, who had been lagging behind others, realized the gratitude of the mother party and the socialist system that embraced and brought them up and started with a clean slate by volunteering to work at the most difficult and challenging posts," the KCNA said.

Those "lagging behind others" refer to ex-convicts who are now working for the ruling Workers' Party after repenting for their past.

"He earnestly called on the young people to become a kindling spark and a great fire in the on-going gigantic general advance and to become youth heroes endeavoring to bring about prosperity and progress of the country with gem-like patriotism," the KCNA said.

Since Kim called for more care to be given to such young people in April, North Korean media has urged efforts to turn them into "patriotic youth" working for the country.

North Korea has recently ramped up efforts for ideological education especially among young people amid concerns that they may be overly exposed to foreign cultures.

In December, the North enacted a law that toughens the punishment for possession of videos made in South Korea as part of efforts to prevent the inflow of outside culture that could influence its people's ideology. 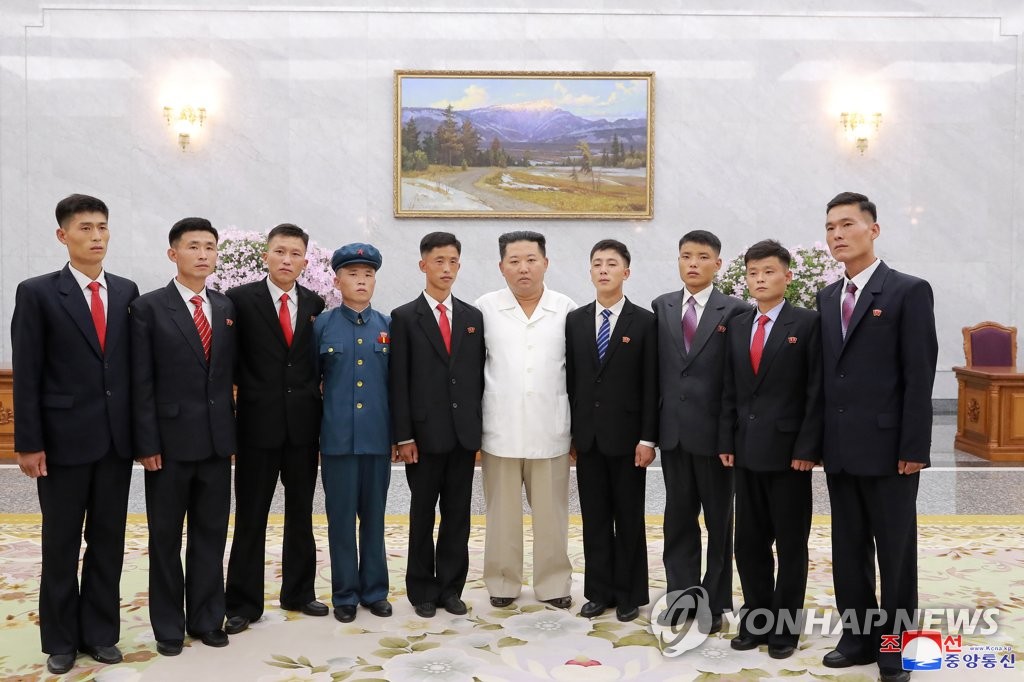