SEOUL, Aug. 31 (Yonhap) -- Talks about the Federal Reserve's tapering of asset purchases have had limited impacts on South Korea's financial market, but the country will monitor the situation with "extra" vigilance, a senior government official said Tuesday.

Fed Chairman Jerome Powell said in a Jackson Hole speech Friday (U.S. time) that the Fed may begin to taper bond purchases this year, but he took a cautious stance about an early tapering of asset buying or a hike in interest rates.

South Korea's key stock index opened higher Tuesday after rising for the second straight session Monday as investors were relieved by the Fed's cautious stance about withdrawing its stimulus measures.

The official also noted the government will actively tackle problems from financial imbalances that were spurred by ample liquidity and a bubble in asset markets.

"The government will closely take into account market volatility and the fallout of capital flows on emerging markets" when it deals with the issue," Lee said. 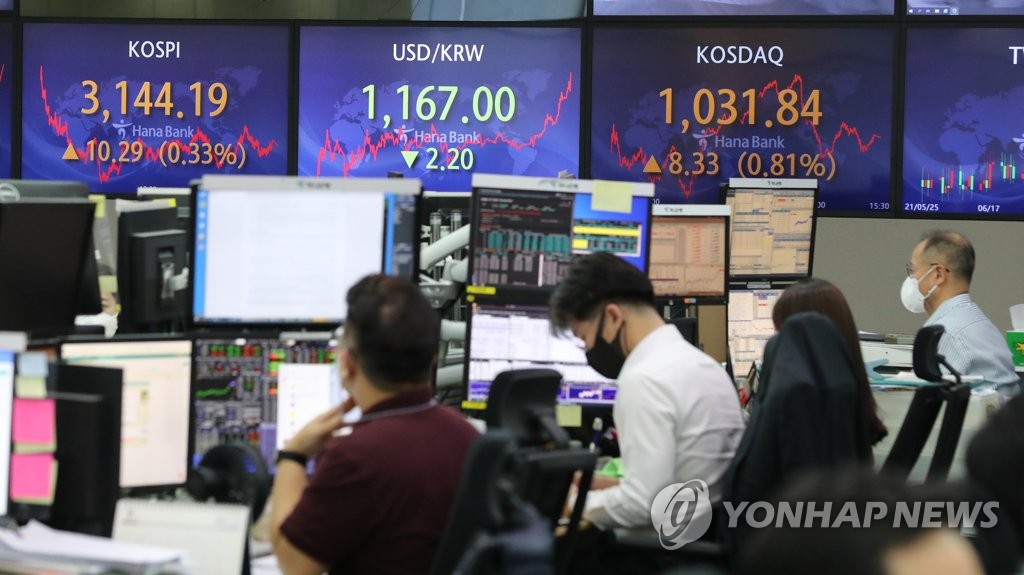