The primary election voting on six DP presidential contenders started off on the inaugural leg of the central city of Daejeon and surrounding South Chungcheong Province earlier in the day. It will then move to 10 additional legs across the country, including the southern city of Gwangju on Sept. 25, to wrap up the final destination in Seoul on Oct. 10.

The results of the vote by members of each region, as well as the general public online, offline and through an automatic response system will be released on three occasions throughout the event's 41-day run, including on the event's final day on Oct. 10.

Party officials predicted the first round of such results to be announced on Sept. 12 may set the tone for the overall outcome of the primary election.

The DP plans to conduct an additional round of voting that will pit the primary's front-runner against the runner-up if the initial primary voting fails to produce a clear winner with more than half of the vote.

Currently, the Gyeonggi governor is enjoying a comfortable lead over his five rivals in the DP's primary race to pick its candidate for the March 9 presidential election. 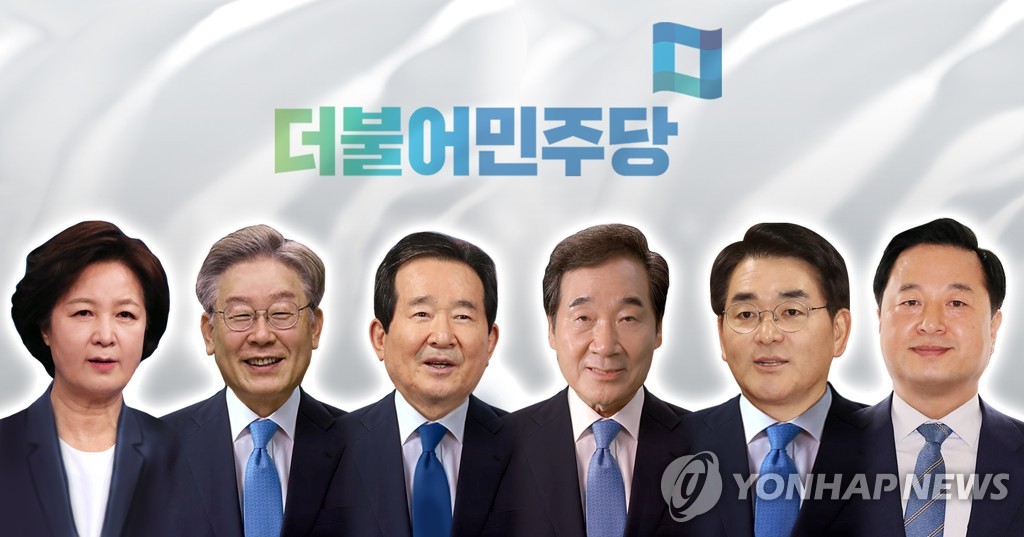