SEOUL, Aug. 31 (Yonhap) -- Thirty-six American soldiers and four affiliated individuals have tested positive for the new coronavirus, including those from a cluster infection at the Osan base, the U.S. Forces Korea (USFK) said Tuesday.

Eighteen service members and one family member stationed at Osan Air Base in Pyeongtaek, some 70 kilometers south of Seoul, tested positive Thursday and Friday, either after developing symptoms consistent with COVID-19 or after coming into contact with colleagues who tested positive earlier, according to the USFK.

The U.S. military also said that 18 other service members and one contractor on temporary duty at the USFK tested positive Thursday and Friday after providing a test sample required to depart the country for international travel.

The USFK did not specify where they had stayed during their mission here, but sources said they appear to have stayed on the Osan base for the summertime combined exercise with South Korea earlier this month.

The U.S. military has drawn criticism after a no-mask dance party was held at a club inside the base on Aug. 21 in disregard of social distancing rules amid the pandemic. South Korean officials said earlier that at least 33 American service members from the base tested positive for the new coronavirus.

The remaining cases were one South Korean contractor and one family member stationed at Camp Humphreys in Pyeongtaek, according to the USFK.

"All individuals are currently in isolation at a facility designated for confirmed COVID-19 cases at USAG – Humphreys, Osan Air Base or a Korean medical facility," USFK said in a release.

The latest cases brought the total caseload among the USFK population to 1,337. 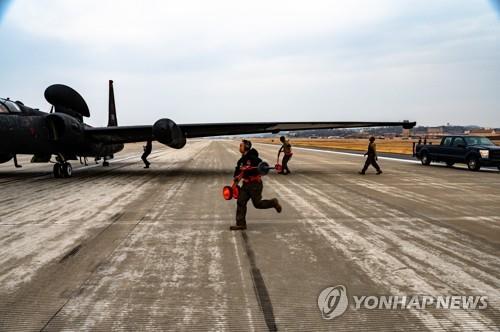 USFK reports 40 new COVID-19 cases, including those from cluster at Osan base

USFK reports 40 new COVID-19 cases, including those from cluster at Osan base