SEOUL, Aug. 31 (Yonhap) -- Unification Minister Lee In-young called Tuesday for the early resumption of talks with North Korea, saying dialogue is the only way toward achieving objectives that everyone wants.

Lee made the appeal in an opening speech for the Korean Global Forum for Peace, an annual forum organized by the unification ministry, also urging North Korea to come out for talks on inter-Korean cooperation in humanitarian areas.

"Even without perfect conditions for dialogue, the South, the North and the United States should first open their (communication) channels, sit down together and resume talks, as dialogue is the only way toward achieving objectives they want," Lee said.

"The table for dialogue and negotiations never lies far away, nor does the path toward building fundamental trust that can remove long hostility through dialogue," he added. "But we don't have as much time as we want."

With the stalemated nuclear talks, inter-Korean ties have also chilled with North Korea not responding to Seoul's repeated offers for dialogue.

Lee hoped North Korea would have dialogue on cooperation in humanitarian areas as it is facing challenges from the coronavirus pandemic and global sanctions.

"The world is faced with protracted threats from COVID-19, climate change and others that cannot be addressed by a single country," Lee said. "I think North Korea also has a need for cooperation in the food, health and medical sectors due to COVID-19, sanctions and natural disasters."

Lee called for "bolder and more flexible" applications of sanctions on North Korea in a way that fosters cooperation in humanitarian areas.

He also promised to provide more support to civilian and international organizations for their humanitarian projects for North Korea. 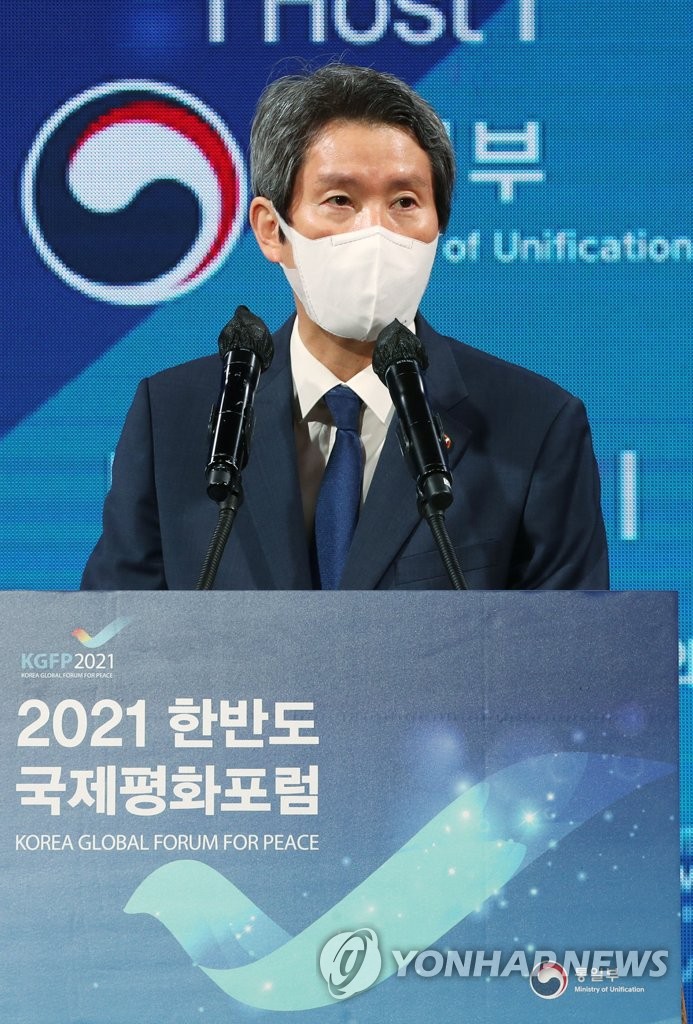