SEOUL, Aug. 31 (Yonhap) -- The government has earmarked a record budget of 31.3 trillion won (US$26.8 billion) in next year's state budget to create new public sector jobs and offer subsidies for private companies hiring underprivileged youths, according to officials Tuesday.

The envisioned budget for job creation represents a 4 percent increase from this year's state budget of 30.1 trillion. It is primarily focused on advancing the sluggish labor market slammed by the COVID-19 pandemic.

The government is seeking to create 1.05 million temporary jobs in the public sector, including in the central and local governments.

The target number of jobs represents an increase from the 1.01 million temporary public sector jobs created this year. Most of them, or some 845,000 positions, will be reserved for senior citizens. Jobs for handicapped citizens will also be increased to 27,000 next year, up from 25,000 in 2021.

Officials have included a new program that would provide small businesses up to 9.6 million won per employee annually when hiring young workers from poor backgrounds.

Young job seekers from low income families can also apply for job seekers' allowances that would offer 500,000 won per month for six months. The government has decided to bolster the number of recipients to 170,000 next year from this year's 100,000 people.

The proposed budget for unemployment benefits has also been slightly increased to 11.5 trillion won, and the government also plans to pour 1.3 trillion won into the state unemployment insurance fund.

Subsidies for employment retention, however, will be reduced drastically to 600 billion won, from this year's budget of 1.4 trillion won. 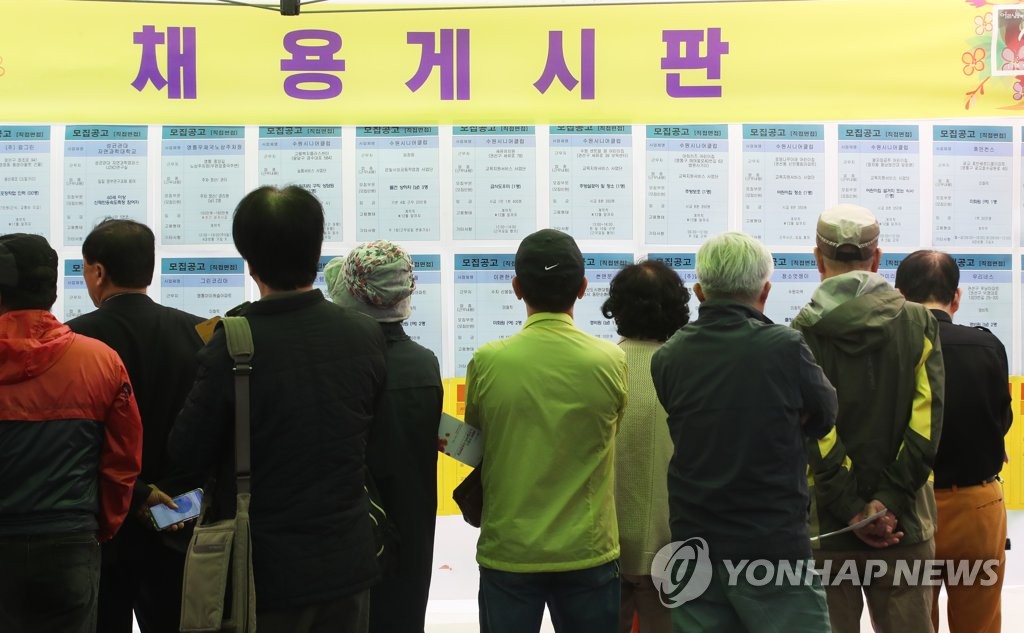