Close scrutiny is necessary for the introduction of such a law and a system to ward off the risk of abuse, he said, according to presidential spokesperson Park Kyung-mee.

The liberal-minded president, a former human rights lawyer, also stressed the importance of protecting the victims of "malicious false information or fake news," she added.

Having refrained from commenting publicly on the sensitive issue, debated at the National Assembly for weeks, Moon was responding to the latest deal between the ruling Democratic Party (DP) and the main opposition People Power Party (PPP).

The DP, which holds a majority of seats at the 300-seat parliament, has been pushing for amendments to the Press Arbitration Act intended to impose heavier punishments on reporters and media outlets deliberately spreading disinformation or fake news. It was initially poised to press ahead with a vote on the revised bill during the National Assembly's plenary session this week despite a strong backlash.

The PPP has labeled the move as aimed at muzzling the press critical of the Moon administration.

The two parties agreed to postpone the vote till late next month and continue discussions via an ad hoc consultative body to be joined by media specialists.

Moon was quoted as expressing hope that public consensus will be created through "social communication and open consultations" as it is important to seize the opportunity this time for the protection of both press freedom and the victims of fake news. 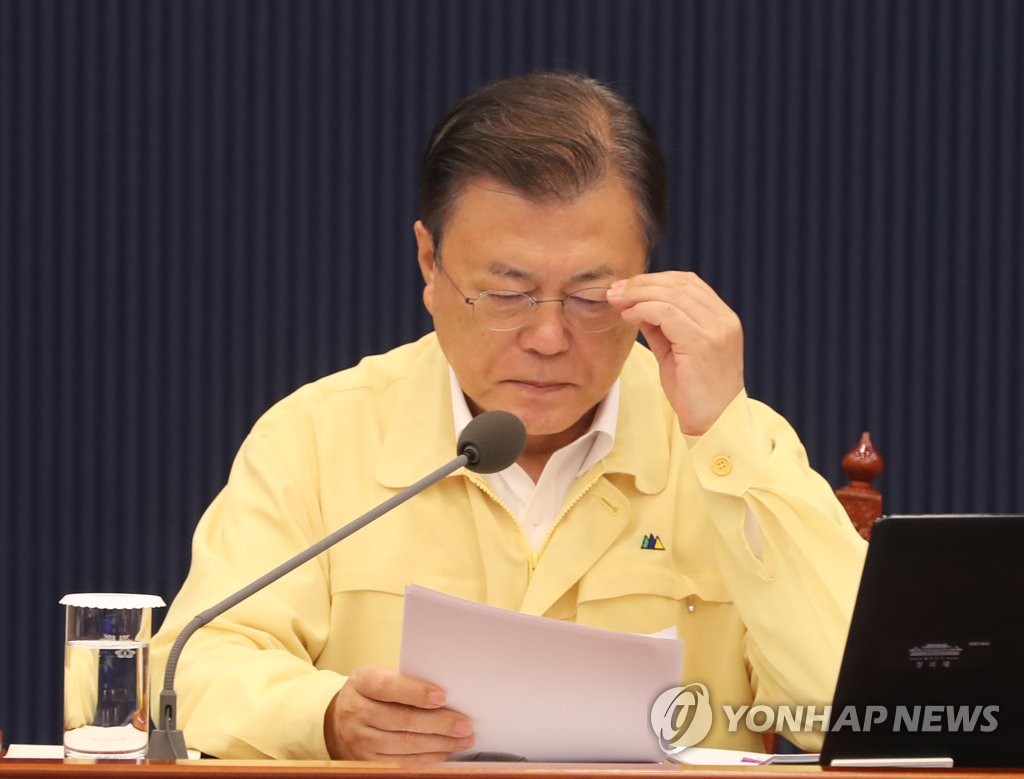