SEOUL, Aug. 31 (Yonhap) -- South Korea has reported more than 3,000 cases of COVID-19 among those who have been fully vaccinated, data showed Tuesday, with people in their 30s being the most vulnerable age group for reinfection, even after vaccination.

The country reported 3,128 cases of such infections as of Monday last week, accounting for 0.04 percent of the 7.7 million people who have received the full-dose vaccine regimen, according to the Korea Disease Control and Prevention Agency (KDCA).

The rate of breakthrough cases occurring in people in their 30s was the highest at 0.085 percent, with the rate gradually decreasing among older groups, the agency said. 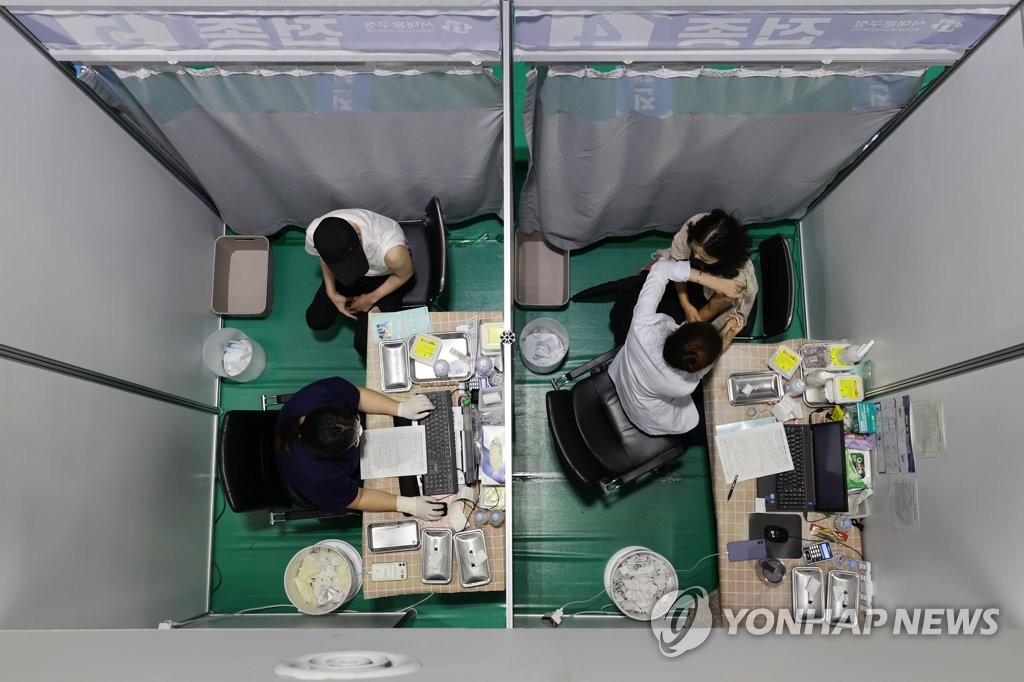 The rate of breakthrough cases among those who have received jabs supplied by U.S. pharmaceutical giant Johnson & Johnson came to 0.113 percent, trailed by AstraZeneca with 0.068 percent and Pfizer with 0.021 percent.