SEOUL, Aug. 31 (Yonhap) -- North Korea's reported reactivation of a plutonium-producing nuclear reactor is a "low-level provocation" intended to draw attention from the United States amid worries that Washington may be returning to the Obama-era's "strategic patience," an expert said Tuesday.

Lee Jong-seok, who served as unification minister in 2006, made the assessment during a forum in Seoul after the International Atomic Energy Agency said in a report that the Yongbyon nuclear reactor may have been in operation since July.

The report based on satellite imagery came as the U.S. and South Korea are striving to resume long-stalled denuclearization talks with North Korea.

"When the U.S. shows a tendency of returning to strategic patience and with its objective of sanctions relief not realized at all, North Korea seeks provocations in the areas where no promise has been made to the U.S.," Lee said.

"Without firing an ICBM or conducting a nuclear test, showing signs of reactivating its nuclear facilities is a rather low-level provocation to demonstrate its stance," he added.

Strategic patience refers to the Obama administration's North Korea policy centered on waiting for Pyongyang to change its behavior while maintaining pressure.

North Korea has maintained a self-imposed moratorium on nuclear and ballistic missile testing since late 2017, but leader Kim Jong-un has said his country feels no longer bound by such restrictions.

Lee underlined the need for the early resumption of dialogue with North Korea to prevent current situations from spiraling out of control, adding that the most important thing to kickstart talks is to build mutual trust between the North and the U.S. 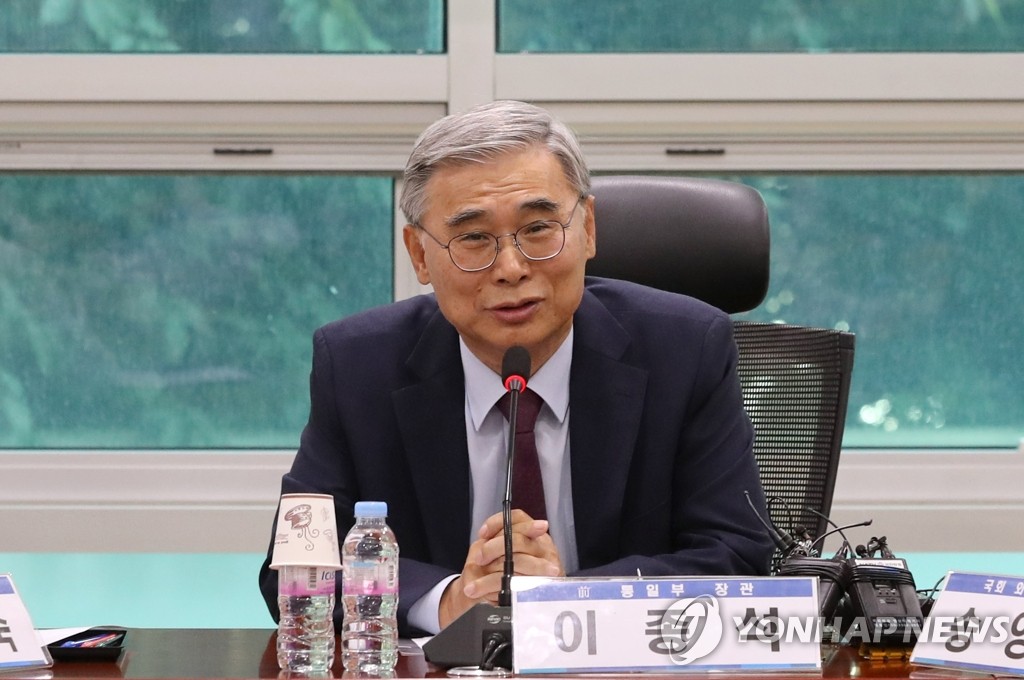