SEOUL, Aug. 31 (Yonhap) -- Military sex crimes will be tried in civilian courts, not in military courts, as the National Assembly on Tuesday approved a revision of the military justice system in the wake of suicide deaths of sexual harassment victims at barracks.

Under the revision of the Military Court Act, all sex crimes in the military will be tried at civilian courts from the beginning. Also to be dealt with by civilian courts, rather than courts-martial, include such violent crimes as homicide and crimes that service members committed before joining the military.

Accordingly, 30 general military courts, currently set up under major divisions, will be merged into five, and they will be placed under the defense minister. The revision also called for the abolishment of the military appellate courts, so that the military will only hold first trials.

Military prosecutors and police will also be placed directly under the defense minister and the chiefs of each service branch in a move to minimize the influence of commanders over the legal process. Currently, division commanders oversee military investigators.

The revision will take effect in July next year. 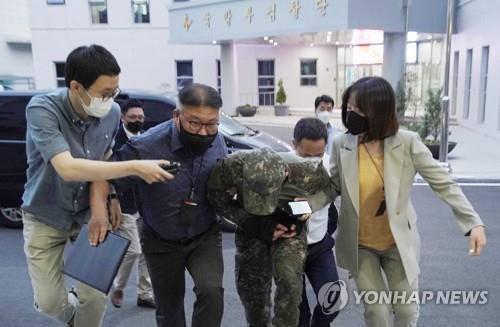 The first military judicial reform in decades came amid criticism that the current military court system gives commanders the authority to oversee military police, prosecutors and courts, leading to leniency toward offenders, the marginalization of victims and even frequent cover-ups.

In May, an Air Force noncommissioned officer took her own life after being sexually abused by a colleague. The military has come under fire for the mishandling of the case and trying to downplay the incident.

There have long been criticism and concerns over the military justice system, but the defense ministry and some lawmakers had voiced opposition to any changes, citing their possible adverse effects on readiness, discipline and loyalty between commanders and their troops.

But Defense Minister Suh Wook told lawmakers last month that he shared the need for the reform, and President Moon Jae-in also ordered the complete overhaul of related systems and the barracks culture.

Some experts and civic groups have even called for the complete abolishment of military courts during peacetime.

"The revision is a meaningful first step," Rep. Min Hong-cheol of the ruling Democratic Party said. "We need to seek ways to ensure the transparent and fair legal system for the rights of service members, while taking into account unique features of the military and its role for national security." 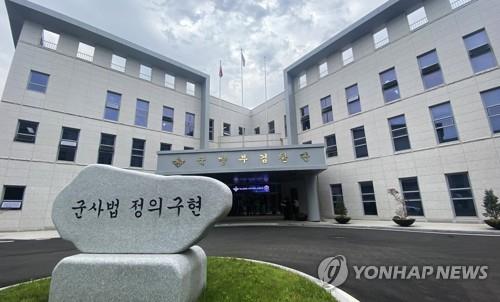