The new rule outlines specific principles and procedures that commit the diplomatic missions to making constant efforts to foster a more favorable environment for the companies striving for new or stronger footholds in overseas markets, the official said.

The move came as Korean enterprises have called for greater government support in helping address a series of obstacles, such as coronavirus entry curbs and supply chain disruptions in the wake of the pandemic.

"The new rule can be construed as an effort to enhance the level of support whereas in the past, we made efforts based on each individual's judgment without such specific guidelines," the official told reporters.

The rule specifies areas of support for Korean businesses, such as the provision of information on overseas market situations and legal and business practices in target markets, as well as customs-related issues.

Under the rule, the ministry also plans to reflect progress in overseas missions' efforts to support Korean businesses in its evaluation of their performance and strengthen related training and education.

The ministry plans to make an administrative announcement on the rule, staring Wednesday, for 20 days during which it will solicit public opinion. Barring any serious opposition, the rule will take effect after the announcement. 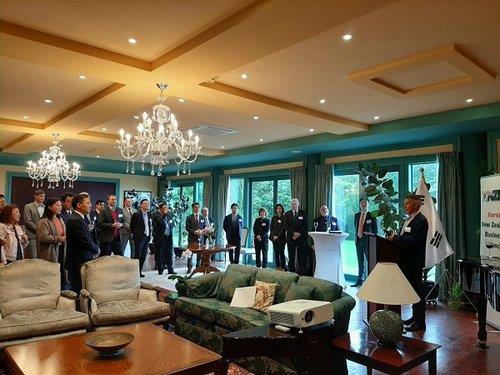