The experts' move came after local human rights advocate groups, including the Transitional Justice Working Group, lodged an appeal with U.N. special rapporteurs to voice concerns that the legislation, being pushed for by the ruling Democratic Party, could undermine freedom of the press and fair trial.

The ministry confirmed that it has received the letter.

"We have received the letter from the U.N. side. It is difficult to confirm the details of the letter at present as the decision on whether to disclose the content lies with them," the ministry said.

"We will respond as we watch the ongoing discussions at the National Assembly," it added.

The government is required to provide a response to the Office of the U.N. High Commissioner for Human Rights in the next 60 days.

Earlier in the day, rival parties said they agreed to table the bill in a plenary parliamentary session set for Sept. 27. The ruling party backed away from its plan to pass the bill this month amid the strong backlash from the media industry and opposition lawmakers. 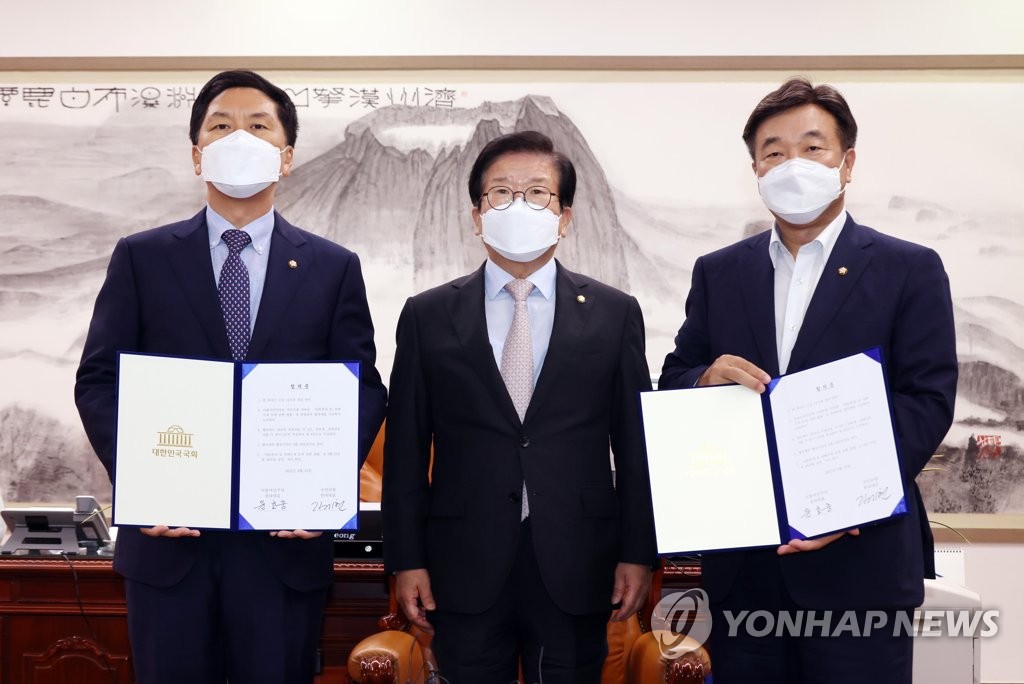