The spokeswoman noted the North, however, remains unresponsive to U.S. overtures.

"Well, we have left the door open and obviously reached out through our channels. I don't have an update for you in terms of any response to our offer," Psaki said in a daily press briefing, adding "(The) offer remains to meet anywhere, anytime without preconditions." 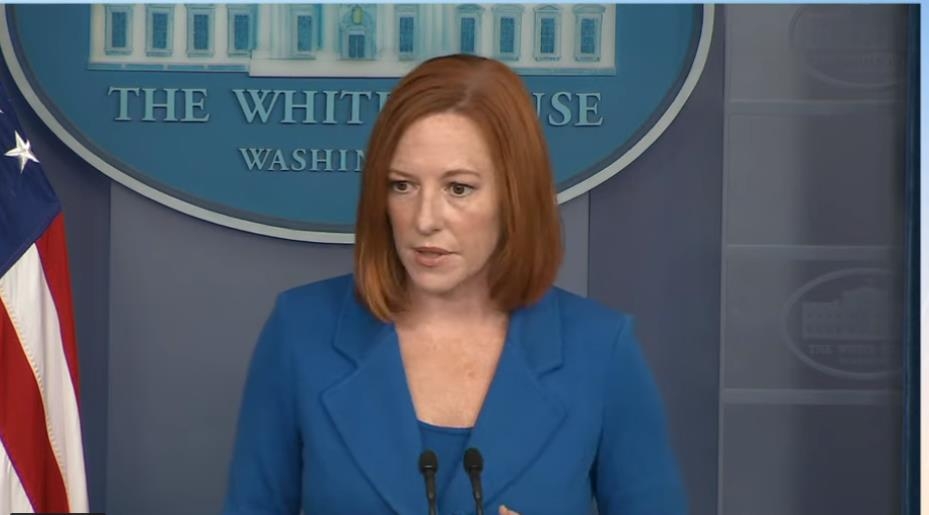 U.S. Special Representative for North Korea Sung Kim had initially made the offer in June to meet "anywhere, anytime without preconditions" with North Korean officials.

North Korea has ignored the U.S. outreach, along with several other overtures made by the Joe Biden administration since its inauguration in January.

Psaki's remark also comes after the International Atomic Energy Agency (IAEA) said in a report to its board of governors that the North appears to have restarted its plutonium-producing nuclear reactor.

The White House spokeswoman earlier said the IAEA report highlighted the urgent need to resume dialogue with the North.

"We're obviously aware of the reports we've seen over the last 24 hours and we're closely coordinating with our allies and partners on developments and assessing closely," she said.

North Korea has stayed away from denuclearization negotiations with the U.S. since leader Kim Jong-un's summit with former U.S. President Donald Trump ended without a deal in Hanoi in February 2019.