The regular session started off with an opening ceremony earlier in the day to process the 2022 state budget bill of a record 604.4 trillion won (US$521.8 billion), as well as other controversial legislative bills down the road.

The unicameral South Korean parliament opens its regular session on Sept. 1 every year for a 100-day run.

This year's regular session, the last under Moon's reign, in particular, is expected to become a scene of intense partisan rivalry in the runup to the March 9 presidential election.

In a meeting ahead of the opening ceremony, the chief deputy floor leaders of the ruling Democratic Party (DP) and the main opposition People Power Party (PPP) fixed the timetable of the session.

Under the consensus, the assembly will conduct a three-week regular audit of the government, starting Oct. 1, and an interpellation session from Sept. 13-16.

The party officials also agreed to hold two plenary parliamentary meetings to vote on legislative bills and other motions on Sept. 27 and 29.

A number of contentious bills are likely to take center stage during the regular session, including the pending media arbitration bill aimed at multiplying penalties for media outlets responsible for fake news or misinformation.

The DP reversed its previous plan to pass the bill through the National Assembly in August and agreed with the PPP a day earlier to put it to a plenary vote in late September through a negotiated modification of the bill.

The chamber is also expected to vote on a proposed revision to the National Assembly Act, which, if approved, will establish a parliamentary branch in the central administrative city of Sejong. 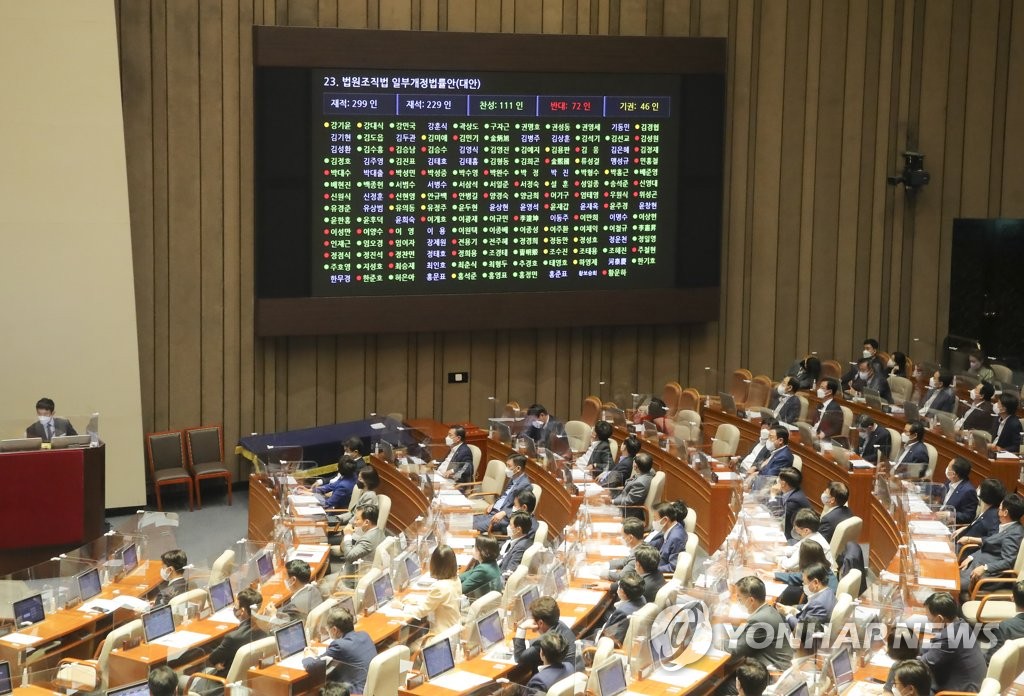