SEOUL, Sept. 1 (Yonhap) -- South Korea's parliament has passed a bill mandating over a 35 percent cut in greenhouse gas emissions by 2030 to eventually achieve carbon neutrality by 2050.

The National Assembly passed the so-called "climate crisis response" act Tuesday night at a general voting session, becoming the 14th country in the world to codify, through legislation, a national vision to achieve net-zero carbon dioxide emissions by 2050 and its implementation requirements.

The enactment comes in line with President Moon Jae-in's reaffirmation of his commitment to carbon neutrality during the 2021 P4G Seoul Summit held in May. The government has also earmarked 12 trillion won (US$10.3 billion) as the budget to reduce greenhouse gas emissions in the 2022 state budget plan to be submitted to the assembly on Friday. 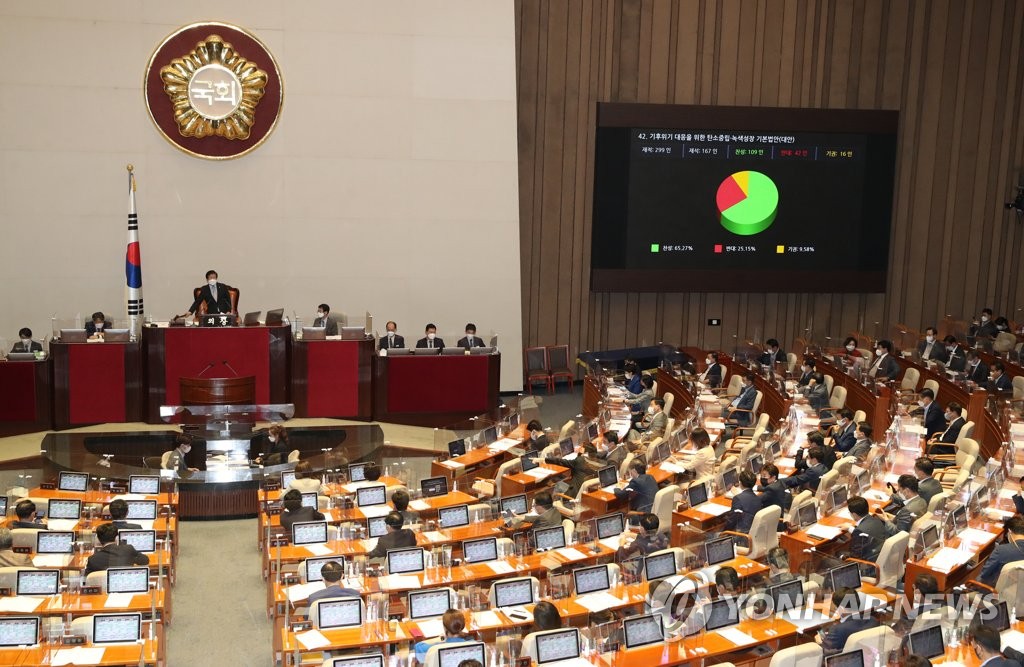 The legislation stipulates cutting carbon emissions by at least 35 percent by 2030, compared with the 2018 level, as a mid-term goal of the nationally determined contributions (NDC), a non-binding national gas emission reduction pledge.

The 35-percent reduction target is 9 percentage points higher than what the country had previously pledged.

Opposition parties, including the People Power Party, initially demanded the bill mandate a gas emission reduction of 50 percent or more to comply with relevant international standards, but the ruling Democratic Party put the reduction goal at 35 percent, claiming the bill should carefully set the balance between the burdens of implementation on corporate entities and the feasibility of a reduction target.

The climate crisis response act also requires the government to set specific reduction goals for each year and each industrial sector in consideration of their impact on the national energy policy and finance.

Under the new law, the country's special presidential panel on carbon neutrality, established in May, will also be upgraded into a stand-alone committee with a legal basis. 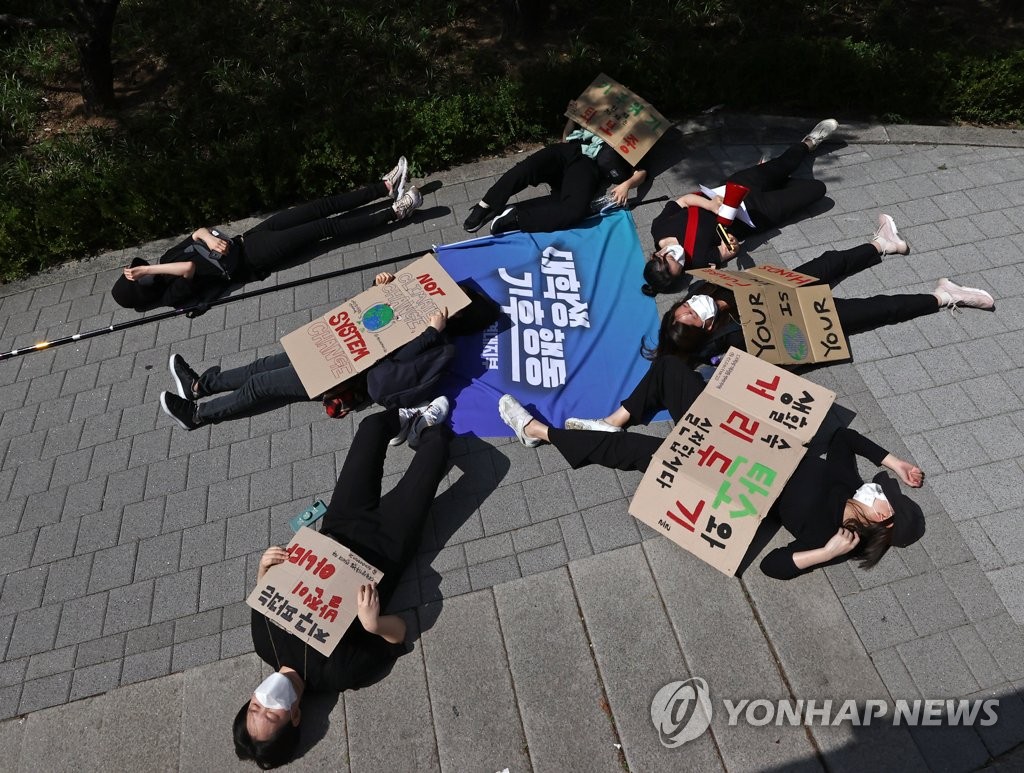