The album "WHAT'z ITZY," was released through Warner Music Japan at midnight Tuesday, carrying the tracks "Dalla Dalla," "Icy," "Wannabe," "Not Shy" and "Mafia in the Morning," according to JYP Entertainment.

"We plan to share news on (the group's) Japan debut in stages on the official website," it said.

The five-piece act is slated to release its first full-length album "Crazy In Love" on Sept. 24 at 1 p.m. (Korean time).

The title track, "LOCO," has been composed and produced by Galactika, the team behind its previous hit singles "Dalla Dalla" and "Wannabe."

In May, the group reached No. 148 on Billboard's main albums chart with its EP "Guess Who." 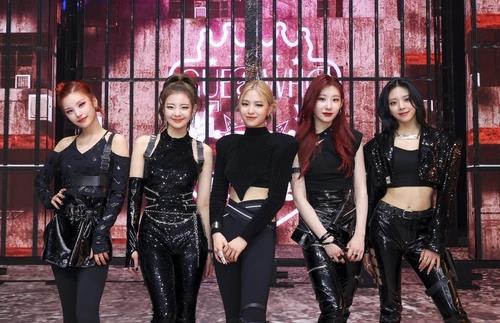