SEOUL, Sept. 2 (Yonhap) -- The police on Thursday arrested the head of a labor umbrella organization over mass rallies held in violation of COVID-19 related regulations.

Yang Kyung-soo, chief of the Korean Confederation of Trade Unions (KCTU), was arrested at a KCTU office in Seoul on charges of violating the Assembly and Demonstration Act and the Infectious Disease Control and Prevention Act, as well as traffic disruption. 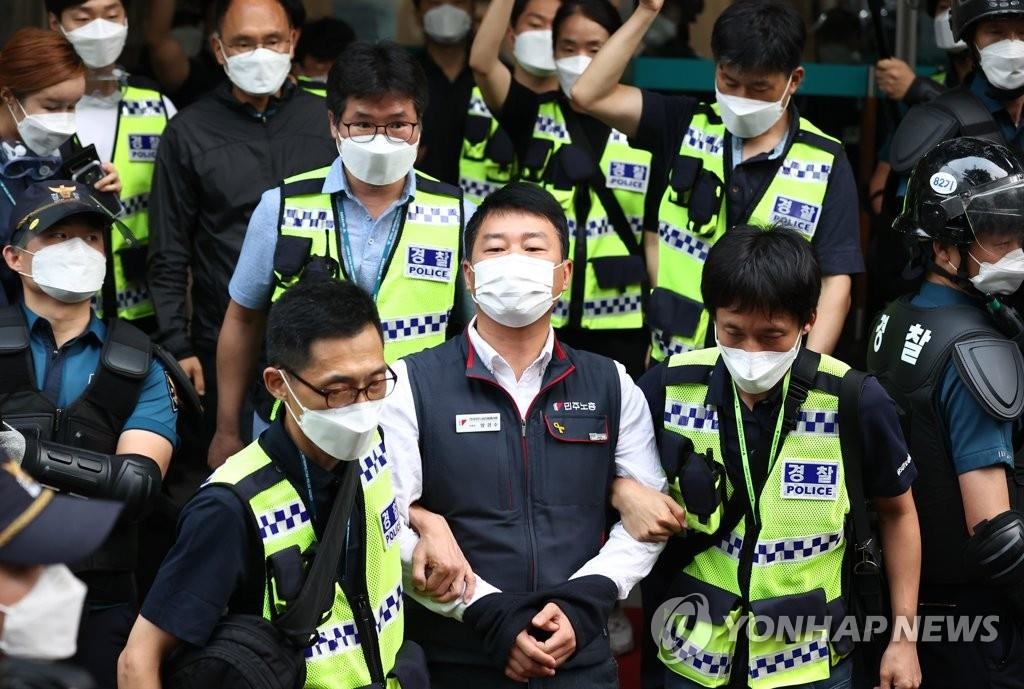 The early-morning arrest took place without a serious clash between the police and the usually militant union members, except for minor tussles before the police entered the building where the union's office is located.

Yang was escorted out of the building by police at 6:29 a.m. and called on his colleagues to prepare for a massive rally next month before getting into a police car.

Some of the union members shouted, "Free Chairman Lee!"

In a statement, the union called the arrest, "a declaration of war (against the union) by the Moon Jae-in government" and an act that "would only fuel anger" of its members, and said it would get "payback" by "staging a strong strike."

The KCTU is planning to launch a general strike on Oct. 20, demanding the improvement of workers' rights, among other things, in which it hopes all of its 1.1 million members participate.

Yang's arrest came more than two weeks after a Seoul court issued an arrest warrant for him for staging mass rallies in downtown Seoul between May and July.

The latest demonstration, which took place July 3, drew more than 8,000 participants, according to the KCTU, increasing fears about the spread of COVID-19 at a time when the country has been fighting against the fourth wave of the pandemic.

The police tried to arrest Yang on Aug. 18 but failed as KCTU members blocked police officers from entering their office. 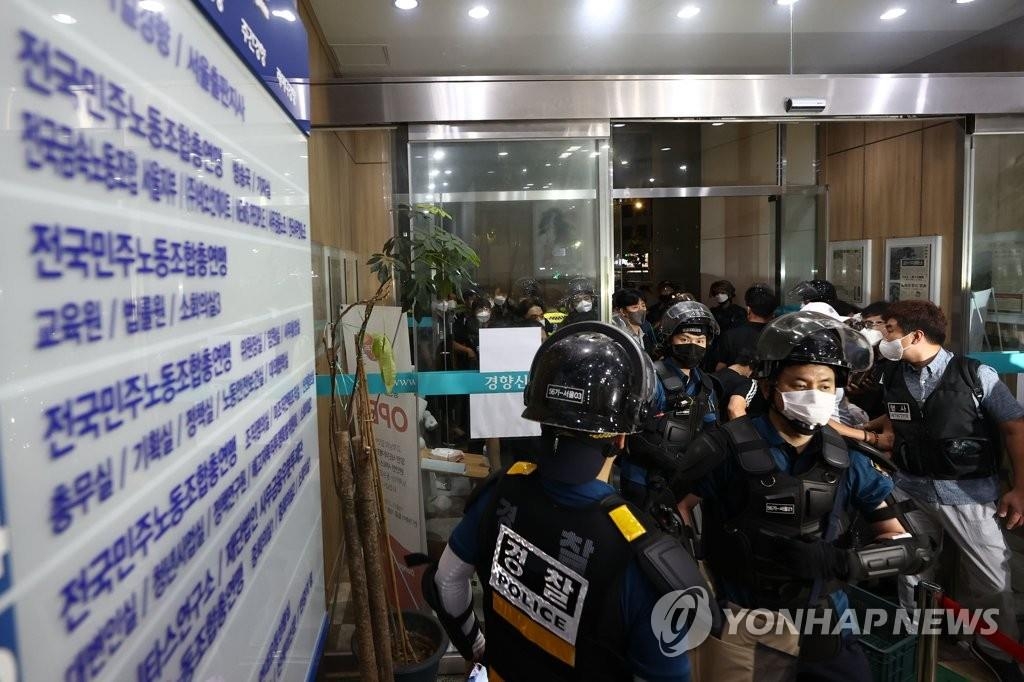