SEOUL, Sept. 2 (Yonhap) -- Hyundai Motor Co. and affiliate Kia Corp. said Thursday their U.S. sales fell 4.5 percent in August from a year earlier due to a lack of semiconductor parts.

Hyundai and Kia sold a combined 110,209 vehicles last month, down from 115,376 units a year earlier, according to the companies' sales data.

"After five months in a row of record-breaking sales, along with chip supply shortages, our inventory levels presented a challenge in August," Randy Parker, senior vice president in charge of national sales at Hyundai Motor America, said in a statement.

Importantly, consumer demand for Hyundai vehicles remains at an all-time high and the company expects its inventory pipeline to improve throughout the remainder of the year, he said.

From January to August, however, their combined sales jumped 36 percent to 1.03 million autos from 761,466 in the year-ago period on strong demand for their models in the world's most important automobile market. 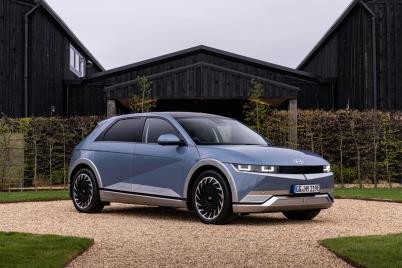