SEOUL, Sept. 2 (Yonhap) -- The government plans to expand its regulatory sandbox program to include testing of innovations in the areas of mobility and biohealth, and present innovative deregulation road maps for the autonomous shipping and bio industries, officials said Thursday.

The government announced the plan to newly add the two areas into the regulatory sandbox program in an inter-agency state affairs review and coordination meeting chaired by Prime Minister Kim Boo-kyum.

The regulatory sandbox program, first introduced in South Korea in 2019, is a policy initiative that allows live, time-bound testing of innovations under government oversight without actually changing related regulations or laws.

Mobility will be added into the mix in October, with biohealth following suit in 2022.

Officials also announced a plan to newly include the maritime autonomous surface ship (MASS) sector and the bio industry into the government's "preemptive regulation innovation road map" scheme in September and December, respectively.

The government stated that 8,623 regulations have been improved through administrative efforts since the launch of the Moon Jae-in administration in 2017.

"Innovating regulations is a basic responsibility of the government to present the public with their due rights," Kim said, asking government ministries to maintain efforts in moving forward regulatory innovations. 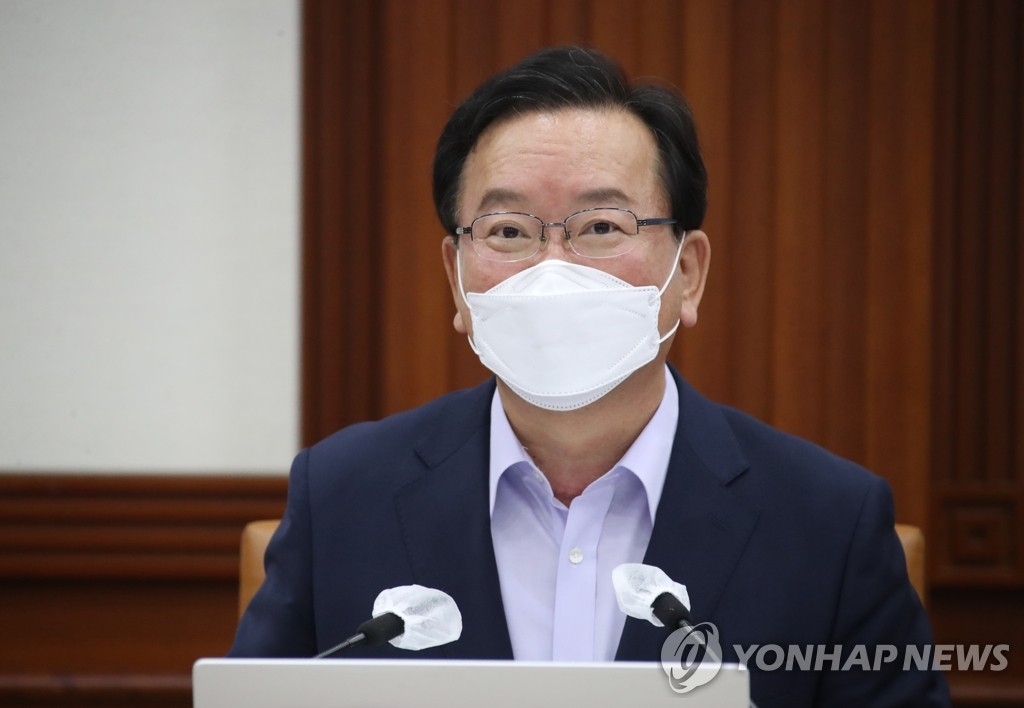