The Korea Housing Institute said its housing business sentiment index (HBSI), based on a survey of about 500 construction firms, came to 81.1 for this month, down 4.7 points from the previous month.

The institute attributed the worsened confidence to the adjustment of expectations for a government push to supply more apartments and Seoul city's move to normalize redevelopment and reconstruction projects.

The HBSI for the South Korean capital of Seoul amounted to 91.6 for September, down a whopping 20.9 points from the prior month.

The central city of Daejeon and the southeastern port city of Ulsan registered this year's lowest figures of 76.4 and 73.3, respectively.

The institute also said the performance index for August stood at 84, down 4.3 points from the previous month. 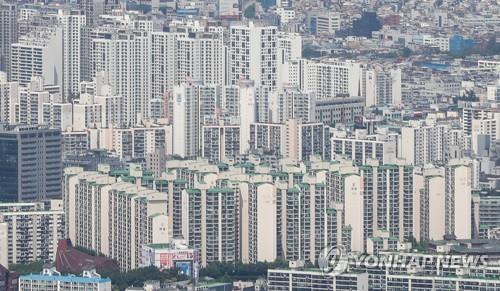