SEOUL, Sept. 2 (Yonhap) -- Unification Minister Lee In-young on Thursday voiced hope that inter-Korean cooperation in tourism could expand to Russia once the "political situation improves" on the Korean Peninsula.

Lee made the remarks via teleconference at the 6th Eastern Economic Forum in Russia as the first unification minister to be invited to the forum, suggesting a three-nation tour program taking South Koreans to scenic spots in North Korea and then to Russia as an example.

"This will allow a train departing from Busan in South Korea to pass through North Korea's Mount Kumgang and Wonsan to reach Vladivostok and Moscow in Russia and even farther to other European countries, while South Korea, North Korea and Russia will also be connected via seaways," he added.

Lee added that South Korea will seek to resume long-suspended tours to the North's scenic Mount Kumgang resort on the country's east coast for families separated by the 1950-53 Korean War as soon as the coronavirus pandemic wanes.

In 2018, President Moon Jae-in and North Korean leader Kim Jong-un agreed to discuss the creation of a special tourism zone on the east coast and reconnect severed railways and roads across their border. The projects, however, remain stalled amid chilled inter-Korean relations. 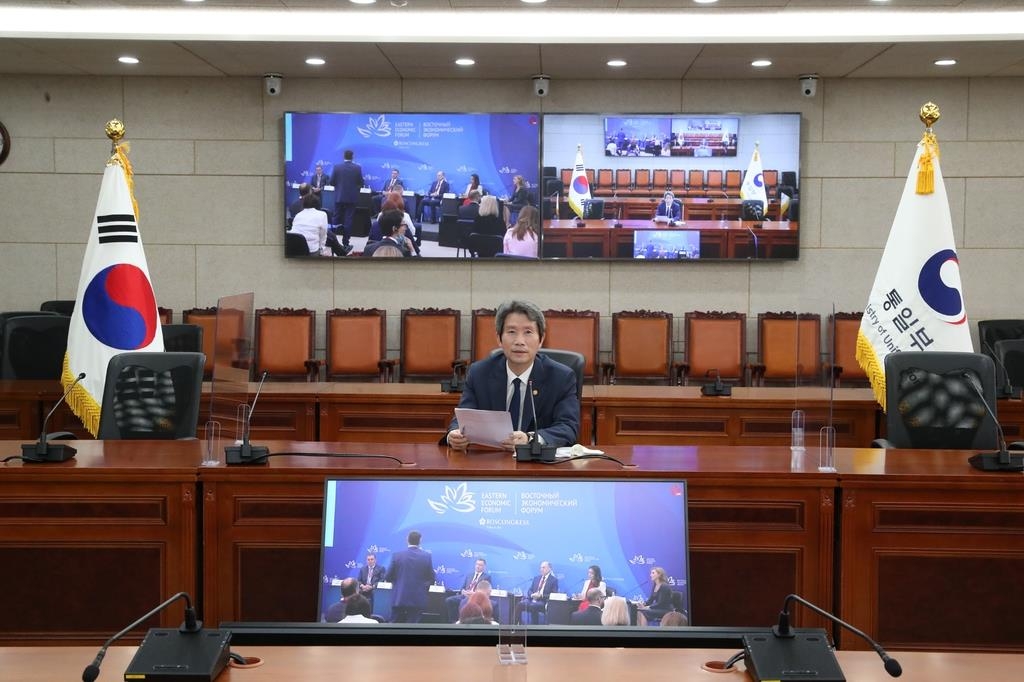