He was speaking during a meeting with his Cheong Wa Dae aides in response to the unionized workers' decision to call off a strike that had been scheduled to kick off on the day, according to his spokesperson Park Kyung-mee.

The Korean Health and Medical Workers' Union, which has tens of thousands of members, reached a last-minute accord with the government to avert the collective action.

"The labor-government deal at dawn today is a real relief," the president was quoted as saying.

It will serve as an important opportunity to strengthen the public role of the medical services and health care system, Moon added.

He called on relevant authorities to consult proactively with the National Assembly for the implementation of the agreement and cooperate enough with the union. 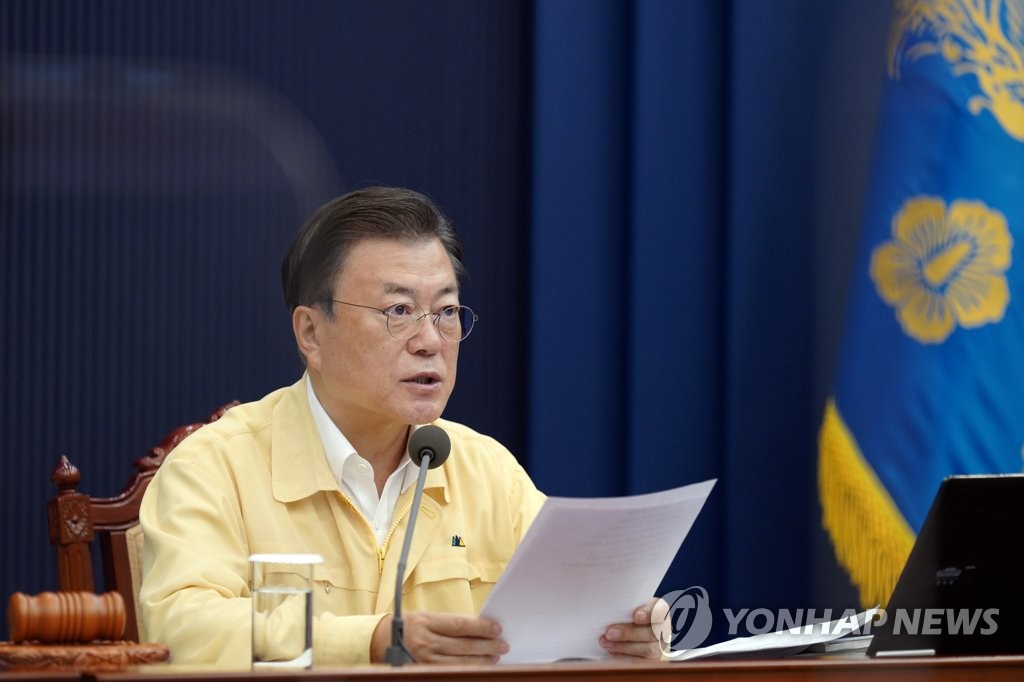 Moon pointed out South Korea has been good in the fight against COVID-19 thanks to the devotion and hard work of local health workers.

He thanked them for "thinking first about the people" to cancel the strike in the midst of the drawn-out coronavirus crisis.

He also talked about a bill, approved by the National Assembly earlier this week, on limiting Google and Apple's payment policies for the first time in the world. The amendment to the Telecommunications Business Act bans such tech giants from forcing app developers to use built-in payments systems.

"It is a matter of pride that we have made the first law in the world to stipulate the obligations of platform operators, which can be developed as international norms," the president was quoted as saying by Park.

He called for thorough preparations for related enforcement decrees.