The Democratic Party, which holds a majority of seats at the 300-seat parliament, has been pushing for amendments to the Press Arbitration Act that would require an up to fivefold increase in penalties for media outlets spreading false or fraudulent news reports.

Amid fierce protest from opposition parties and media industry groups, the bill has been put on hold from voting until later this month, while rival parties will continue discussions via an ad hoc consultative body to be joined by media specialists.

In the survey conducted jointly by four polling agencies on 1,012 people over the age of 18 from Monday to Wednesday, 46 percent predicted that the bill will have a large negative effect by restricting the autonomy and editorial rights of the media.

In the poll by Embrain Public, Kstat Research, Korea Research International and Hankook Research, a slightly smaller proportion of 43 percent said the bill will have a positive effect by suppressing false reporting and improving the overall media credibility.

The remaining 11 percent said they do not know how the bill will play out or refused to answer.

In terms of party support and political leanings, 75 percent of DP supporters and 65 percent of self-identifying liberals said they were in support of the bill, while 77 percent of backers of the main opposition People Power Party and 69 percent of conservatives were against it.

The poll has a margin of error of plus or minus 3.1 percentage points with a 95 percent confidence level. 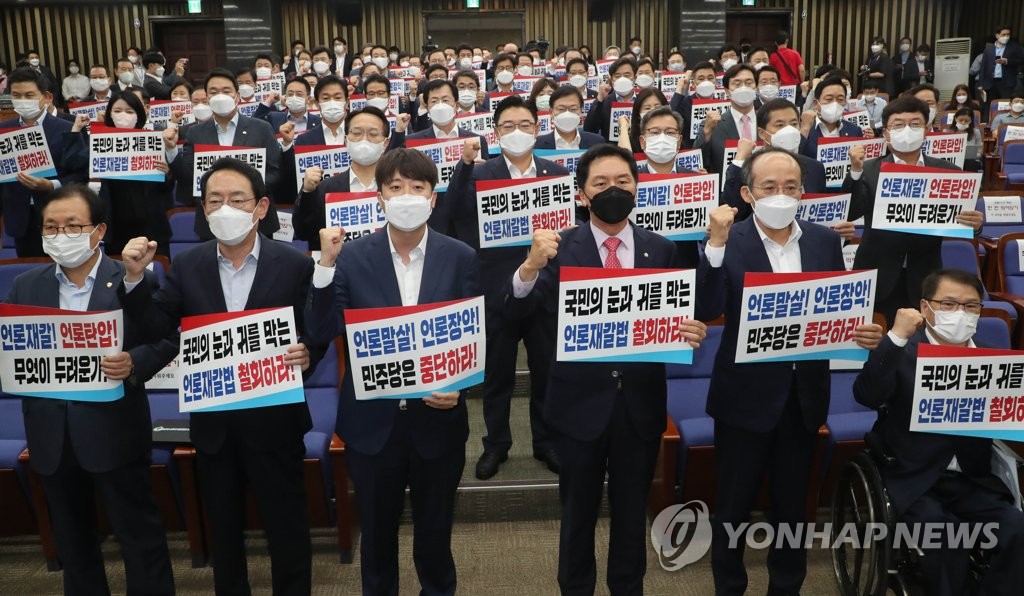