South Korea outshot Iraq 15-2 at Seoul World Cup Stadium but failed to solve the dogged defense in the opening Group A match of the final Asian qualifying round for the 2022 FIFA World Cup.

In his postmatch interview, Son said the result was "a tough pill to swallow."

"It would have been great to have won today but the final round is always fraught with difficulties," Son said. "We'll try to play better Tuesday (against Lebanon in the next qualifier)." 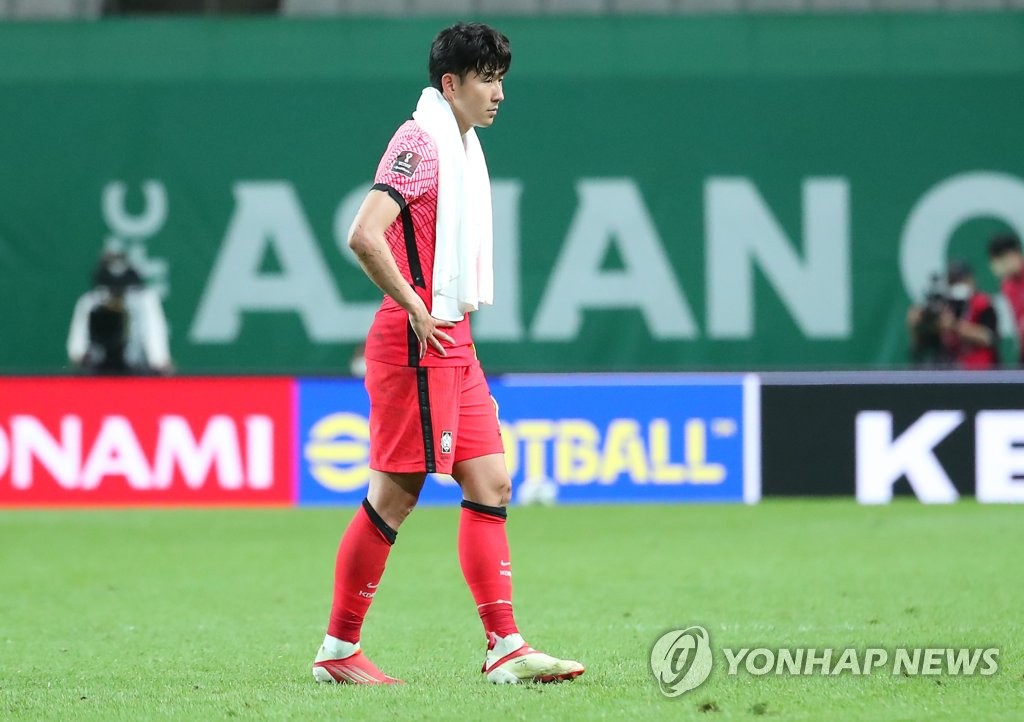 Son was mostly kept in check by Sherko Karim, a natural forward who was tasked with shadowing the Tottenham Hotspur star as a full back. On the few occasions when Son did have the ball, he was surrounded by two or three help defenders.

Son was also selfless to a fault at times, trying to set up teammates for a perfect chance when he would have been better off taking the shot.

After a Premier League match over the weekend, Son arrived home on Tuesday, a day after training camp opened. He only had two training sessions with the full squad before Thursday's match.

"I didn't get enough rest after my club match," Son said. "I don't want to talk about my physical condition right now because it will sound like an excuse. But it's obviously difficult to play in Korea only a couple of days after flying in from Europe. I have lacked sleep because of the time change, but I'll try to prepare for the next one as well as I can." 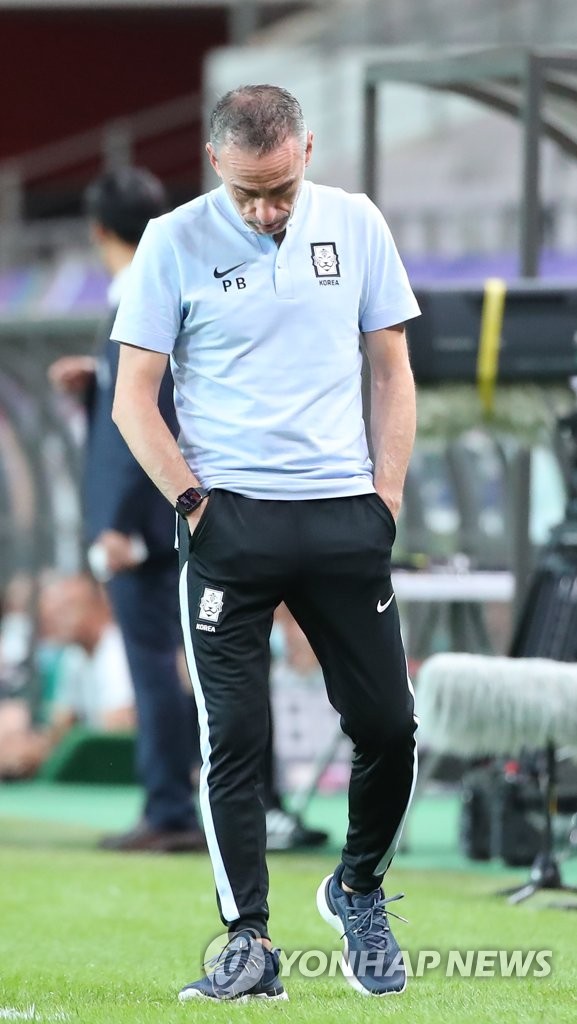 Son also took jabs at Iraq players' time-wasting tactics. Defender Ahmed Ibrahim was cautioned in the 90th minute for taking his time before a free kick, and goalkeeper Fahad Talib was never in any hurry to take his goal kicks in the final minutes.

When informed of Son's comments, Iraq head coach Dick Advocaat said the South Korean captain's view "is based on nothing."

"I like him very much. He's a great player. But what he said is not correct," Advocaat said.

The Dutchman, who coached South Korea at the 2006 World Cup, was otherwise a happy man.

"Defensively, we did really, really well," he said. "We only gave up two or three chances against a very good side. We're very happy with the performance."

As for Advocaat's counterpart, Paulo Bento, not so much. 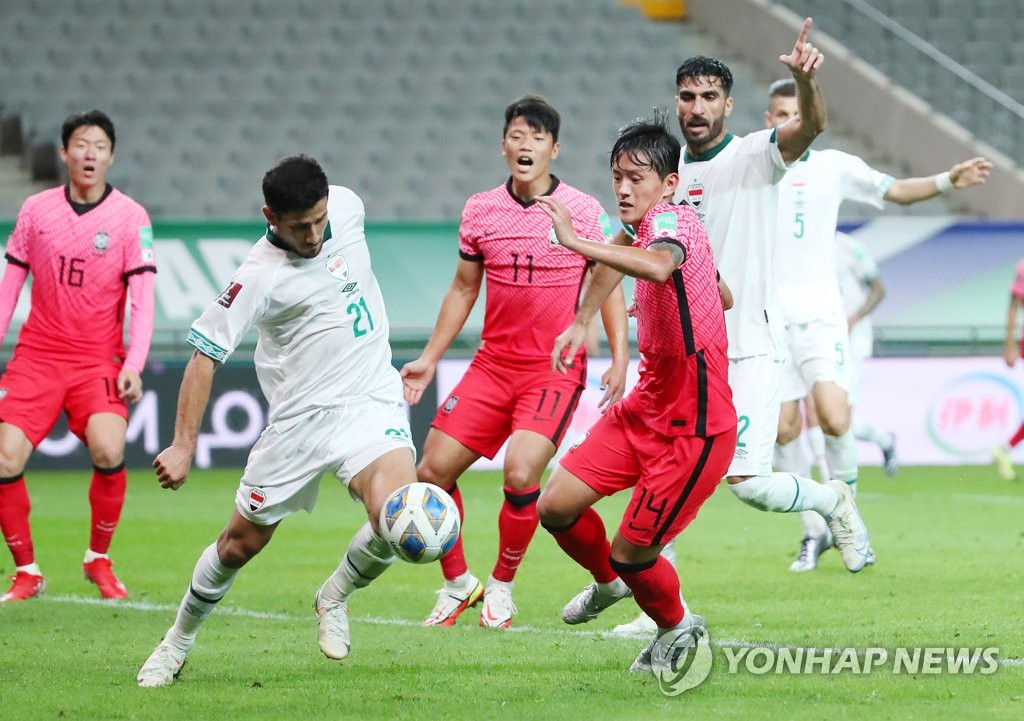 "We didn't play with the right aggressiveness in the offensive process, and I think it made the defensive work easy for the opponents," he said. "We didn't play this game in the way we would like to play. When this kind of thing happens, it's the responsibility of the coach."

"We know how important Son is in our way of playing. But (his struggles) can't be an excuse," the coach said. "For me, concentrating on one player isn't the best way for our team. We need to find the collective solution. We should watch the game and check what we didn't do so well, instead of analyzing just one player." 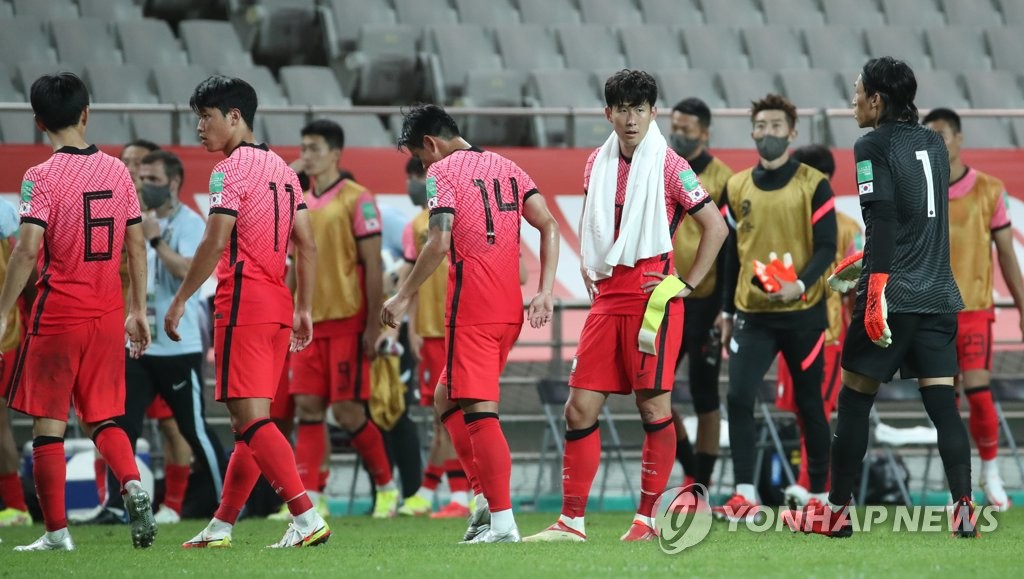