The two were indicted in May for providing a former close aide to Lee with about 10 million won as a deposit for the aide's private office. Lee is now one of the leading presidential hopefuls from the ruling party.

The brokers were also accused of providing a multifunction printer and other office supplies for the aide, which were later sent to the former DP chief's campaign office in central Seoul ahead of the April 15 legislative election last year. They were later found to have paid about 1.6 million won in usage fees of the multifunction printer on behalf of the campaign office.

They admitted to all of their charges during court hearings. 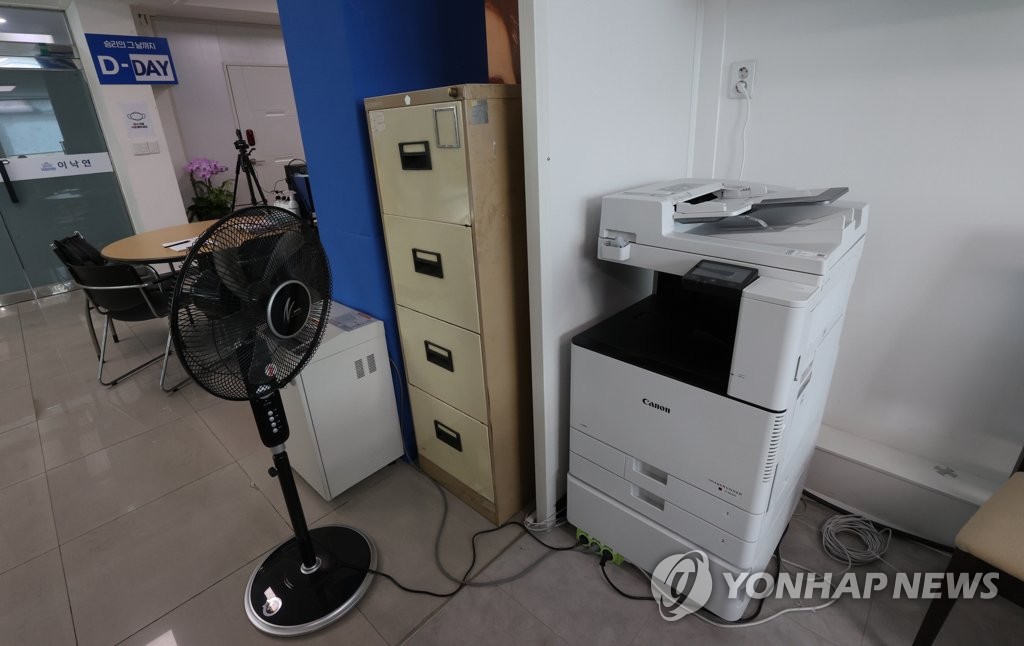 Lee's former aide was found dead in a building near the Seoul Central District Prosecutors Office on Dec. 4, a day after he was questioned by the prosecution on this case.

Rep. Lee Nak-yon had said he did not know about his late aide's connection to Optimus brokers until media reports came out and his staff left out the printer rental fees from accounting by mistake.

In a separate case, Shin and Kim were sentenced to four years and three and a half years in prison, respectively, earlier this year for defrauding the CEO of Optimus, a local private equity company on the center of a massive fund scam scandal.

Optimus was found to have taken in about 1.35 trillion won from approximately 3,200 individual and institutional investors from April 2018 to June 2020, by lying that the money would be invested in safe public institutions.

However, most of the money was actually funneled into risky assets or used to pay returns to investors to give the appearance the company was engaged in serious and sound financial transactions, according to investigators.