SEOUL, Sept. 3 (Yonhap) -- Pianist Cho Seong-jin, the winner of the International Chopin Piano Competition in 2015, has mixed feelings about Chopin.

He loves the Polish composer and his music written primarily for solo piano, and the championship title of the prestigious competition has given him many opportunities to have solo recitals at the world's renowned halls and collaborations with big-name orchestras.

But he was afraid of becoming an artist who indulges only in one composer's scores. So he has distanced himself from recording and playing Chopin's numbers for the past five years since his debut album "Chopin: Piano Concerto No.1" in 2016. 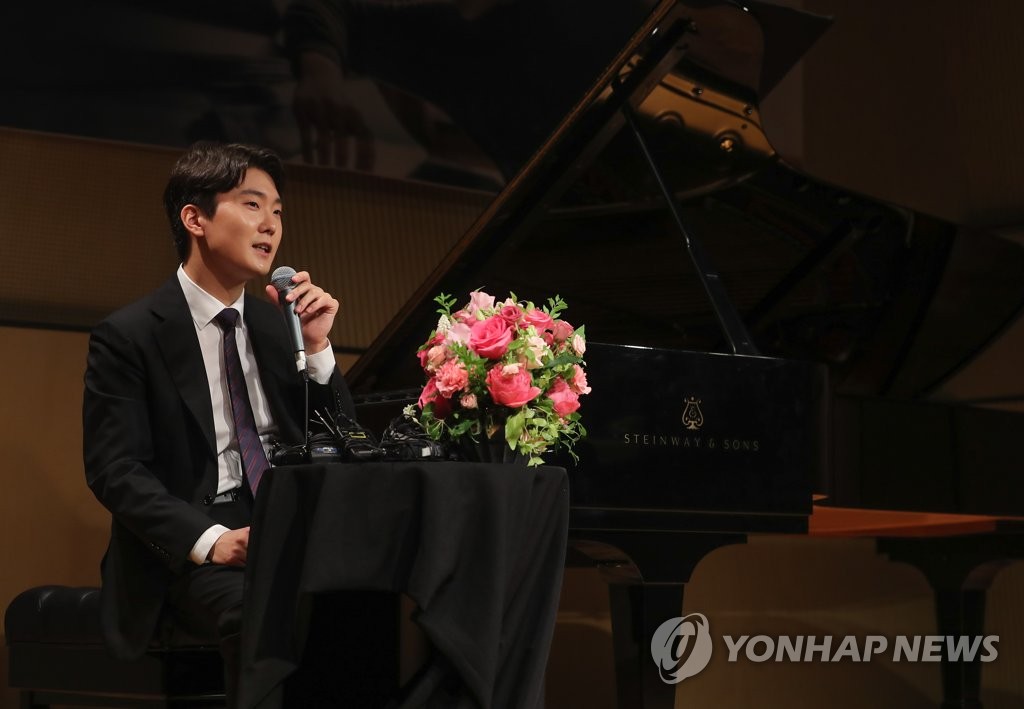 "As a winner of the Chopin contest, I've been given chances to build my career as a performer," Cho said in a press conference. "But it also poses a risk of creating a fixed image as a 'Chopin specialist.'"

Instead, he has deliberately played repertories of Debussy, Mozart, Schubert and Liszt over the five years.

In 2021, however, the globe-trotting pianist ended the five-year excursion and returned with his second Chopin album featuring four pieces of Scherzo, a short fast-moving humorous composition.

"I thought five years is enough to play Chopin again, so I decided to go for it," Cho, 27, said. "And I chose programs that I want and like to play." 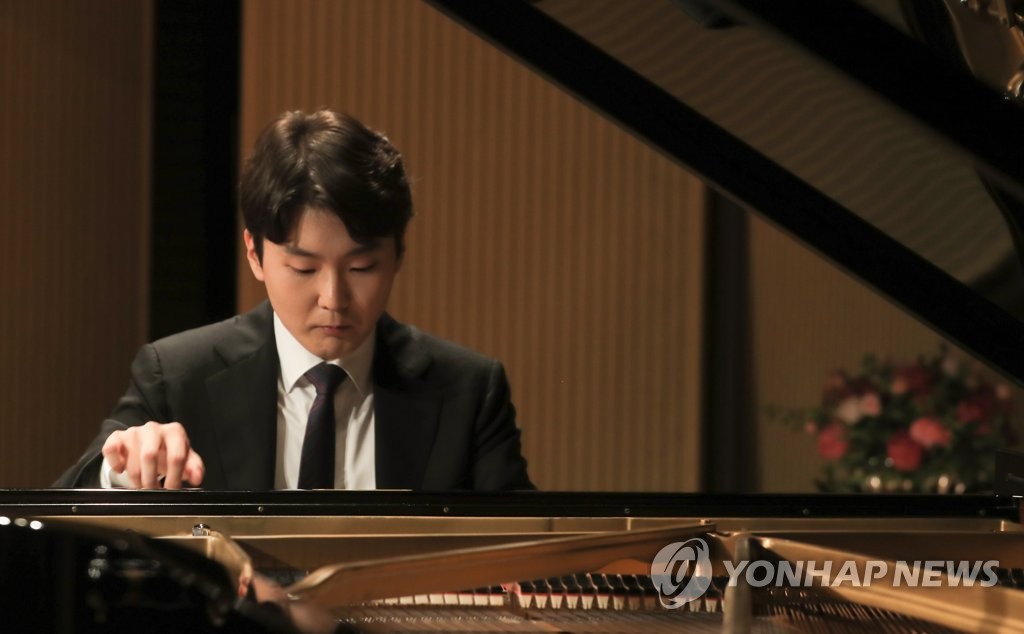 He said he tried to record his latest album as if playing in front of an audience as he has missed the audience-packed concert halls, which offer him unexpected energy and even motivation, over the past 1 1/2 years of the COVID-10 pandemic.

Although he has participated in several online concerts including a New Year's collaboration with the Berliner Philharmoniker earlier this year, he still loves to take the stage with people on hand.

"In the past, I hated online concerts, because I felt so nervous in front of cameras. But COVID-19 made me get familiar with it," he said. "But I still think that live streamed events without spectators will never replace live onstage concerts. I realized the importance of the audience."

So he anticipated the upcoming Korean concert tour starting this week, including one in Seoul next Tuesday, in the midst of the fourth wave of COVID-19 infections. All tickets of his seven scheduled concerts have been sold out.

"I know the situation is still not good, but I'm so grateful that I still can play the piano," he said. "I had taken it for granted that I'm a performer, but I'm now very thankful that I can hold in-person performances."