The benchmark Korea Composite Stock Price Index (KOSPI) closed at 3,201.06 points Friday, up 2.1 percent from a week ago.

The key index started this week with gains as investor sentiment was backed by comments late last week from U.S. Federal Reserve Chair Jerome Powell that signaled the Fed was in no rush to raise interest rates, although it could start tapering asset purchases this year, citing signals of U.S. economic recovery from the pandemic. 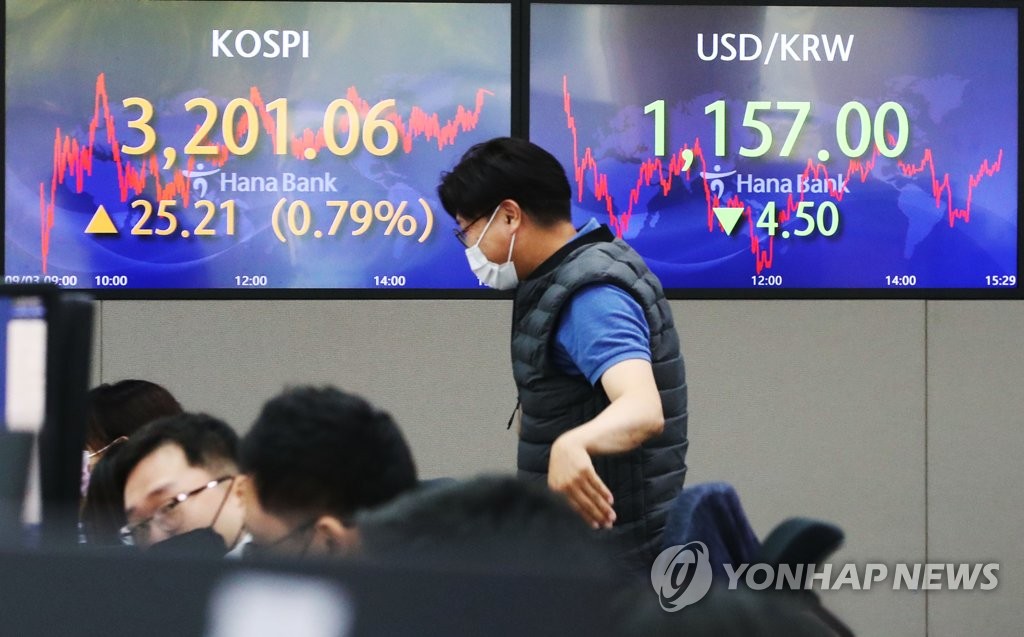 Analysts expect uncertainties in the market to grow next week as investors try to predict the timing of the Fed's tapering plans.

"Considering the mix of dovish and hawkish tendencies, this will likely fuel uncertainties in the market rather than offer a clear direction," Kiwoom Securities analyst Kim Yu-mi said.

Mirae Asset Securities analyst Park Hee-chan said investors will focus on new reports on the U.S. economy set to be released next week that will offer clues about the timing of the Fed's plans.

The Federal Reserve is set to release its so-called Beige Book on Sept. 8 (U.S. time) that outlines U.S. economic conditions.

Kim added investors will also likely keep attention on the European Central Bank's (ECB) meeting next week that could announce tapering of its asset purchases program.

Park said the ECB is likely to signal tapering plans after the Eurozone's consumer prices rose 3 percent on-year last month, the highest in nearly a decade.