SEOUL, Sept. 5 (Yonhap) -- A U.S. reconnaissance aircraft was spotted Sunday over the Korean Peninsula, a flight tracker said, amid speculation that North Korea might be preparing for a military parade to mark major national anniversaries.

The Global Hawk plane was seen flying in the skies along the border with North Korea, such as the greater Seoul area and the country's northeastern Gangwon Province, according to Flightradar24 and other sources.

The Global Hawk is a high-tech unmanned drone that can perform tasks to a range of up to 3,000 km and distinguish objects on the ground as small as 30 centimeters in diameter.

Its detection came after a large number of troops were reportedly seen gathering in Pyongyang, a sign that North Korea might be preparing for a military parade ahead of its state and ruling party founding anniversaries on Thursday and Oct. 10, respectively.

The possibility of a military parade in North Korea draws attention as North Korea recently warned of a "serious security crisis" in protest over the combined military exercise staged last month by South Korea and the United States.

The North's latest military parade was held in January right after its rare party congress. During the event, leader Kim Jong-un pledged to bolster the country's nuclear arsenal. 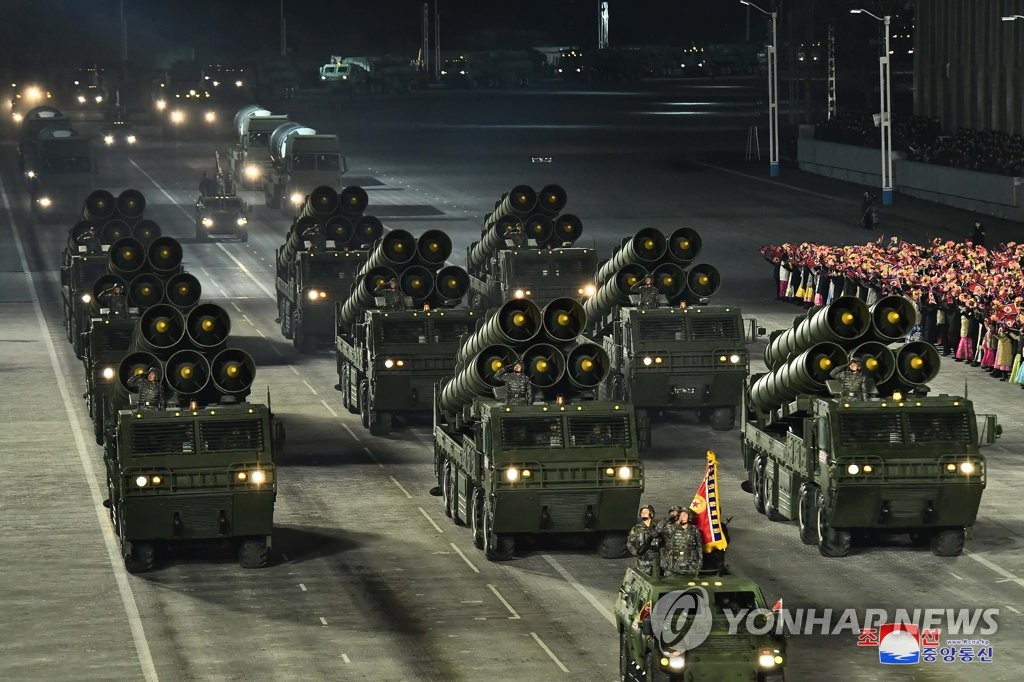