By the end of the year, the participants will manufacture a protype of small-sized liquefied hydrogen tanks for ships as the preliminary step to making large-sized ones, KSOE said. 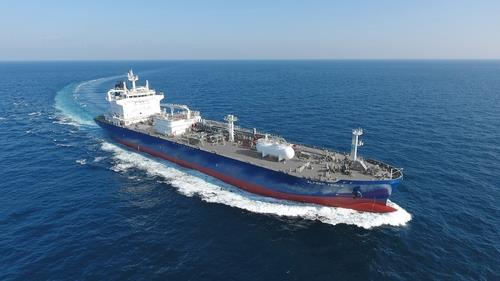 The marine transportation of liquefied hydrogen is expected to be in full swing starting in 2030, KSOE said.

Last October, KSOE won approval for the design of a commercial liquefied hydrogen carrier from the Korean Register of Shipping (KR), a South Korean ship quality assurance and risk management company, for the first time in the world.

In March, KSOE and KR inked a deal to jointly come up with safety design regulations for hydrogen-fueled ships.