"With the vaccination rate rising, if the COVID-19 situation is alleviated, we will be able to explore a gradual transition to a new virus control and prevention system to be harmonious with daily life," he said during a weekly meeting with senior Cheong Wa Dae aides. As usual, his opening remarks were made public immediately.

His remarks came amid a talk of the likelihood South Korea will adopt a fresh strategy to abandon stringent social distancing restrictions and live with the virus. 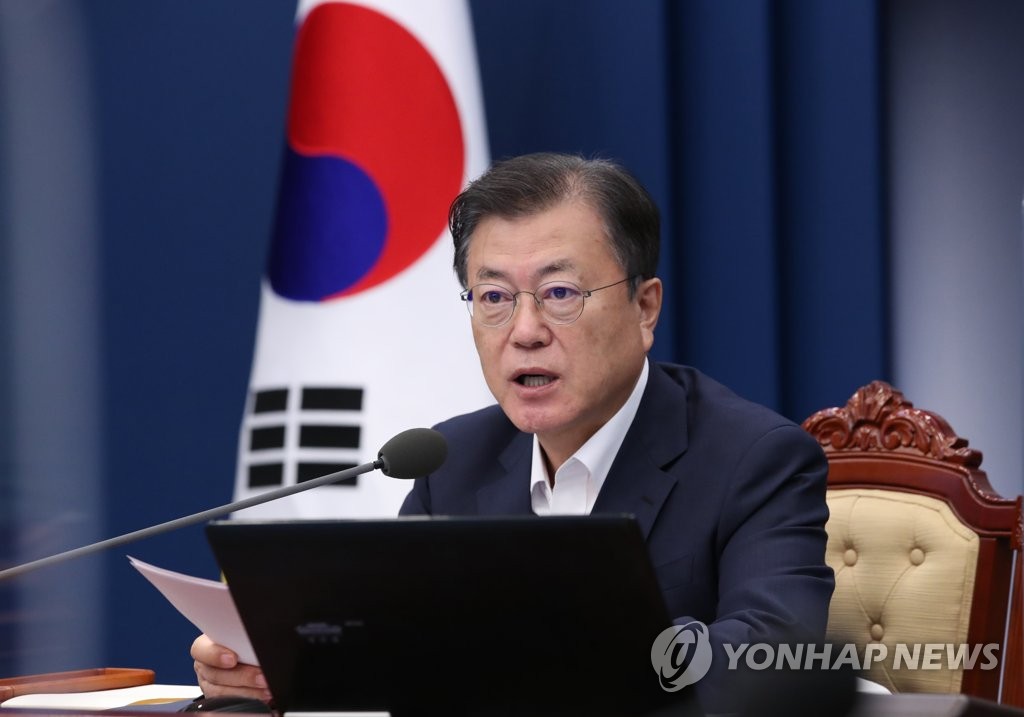 Moon also said the government will do its best to speedily dole out another batch of coronavirus relief funds as relevant procedures got underway during the day.

He expressed hope the cash handouts for the 88 percent of people in lower income brackets would be helpful especially to the vulnerable, including small merchants and the self-employed.

"I hope that (the aid) will also contribute to the livelihoods of the people and revitalization of the local economy," Moon said.

The National Assembly has already approved the liberal Moon administration's plan for a supplementary budget to offer the cash handouts intended to help those suffering financial troubles attributable to the drawn-out COVID-19 pandemic.

The government is providing each individual with 250,000 won ($216) in cash handouts. Families in the top 12-percent income bracket will not benefit from the aid program. Earlier in the day, eligible beneficiaries began applications for the relief funds largely via an online system.

"The government will do its best to minimize the inconvenience of the people and get the payment done quickly," the president stated.

On economy, he pointed out that sluggish growth in domestic demand is delaying the recovery of the people's living, while exports continue to rise sharply.

It is regrettable, in particular, the period of "pain" is being protracted for small merchants and the self-employed, as well as those in face-to-face service, tourism and culture industries, he added.