The Agency for Defense Development (ADD) carried out underwater ejection tests of the SLBM from the Dosan Ahn Chang-ho submarine last week after successful launches from an underwater barge last month, according to the military sources.

After a round of additional tests, the SLBM will be mass produced for deployment, the sources said.

The SLBM is believed to be a variant of the country's Hyunmoo-2B ballistic missile, with a flight range of around 500 kilometers, and will be fitted with conventional warheads, according to the sources. The missile has reportedly been codenamed, Hyunmoo 4-4.

South Korea became the eighth country in the world to develop an SLBM after the United States, Russia, Britain, France, India, China and North Korea.

Unlike conventional land-based missiles, SLBMs are harder to detect as they are launched from submarines for surprise strikes, which is why they are often called "a game changer." The new missile is expected to serve as a key deterrence tool for South Korea, which faces consistent threats by North Korea.

The communist country has showcased several new types of SLBMs recently and is working to build a new submarine believed to be a 3,000-ton one capable of carrying SLBMs.

The defense ministry in Seoul refused to officially confirm the development.

"Our military secures advanced high-powered military assets to ensure peace on the Korean Peninsula by building strong military capabilities, and plans to continue to develop them," the ministry said in a release. 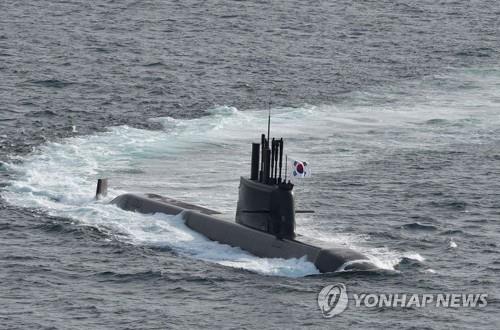