SEOUL, Sept. 7 (Yonhap) -- South Korea's economy is under pressure over growing headwinds as a recent spike in COVID-19 infections is likely to delay a recovery of domestic consumption, a state-run think tank said Tuesday.

The nation's economy is on a recovery track amid robust exports, but the toughest virus curbs, in effect due to the fourth wave of the pandemic, may dampen improving domestic demand, according to a monthly economic assessment report by the Korea Development Institute (KDI).

"Our economy has recently maintained a trend of steady recovery, but uncertainty grew due to the spread of COVID-19 and a rise in raw material prices," the report said.

It is the second month in a row that the KDI has warned of growing uncertainty over the fourth wave.

South Korea is grappling with the fourth wave as its daily new cases topped 1,000 for more than two months.

Since July 12, the country has enforced Level 4 distancing rules, the highest in its four-tier scheme, in the greater Seoul area in a bid to stem a spike in COVID-19 cases. Most non-capital areas are placed under the second-highest virus curbs.

Exports extended their gains to 10 months in August, jumping 35 percent on the back of robust demand for chips and automobiles.

However, consumer sentiment dipped in August over a spike in COVID-19 infections, marking the second consecutive monthly decline, according to central bank data.

Finance Minister Hong Nam-ki earlier said the government could attain the economic growth target of 4.2 percent this year despite the resurgence in coronavirus cases.

The Bank of Korea forecast economic growth of 4 percent for this year. 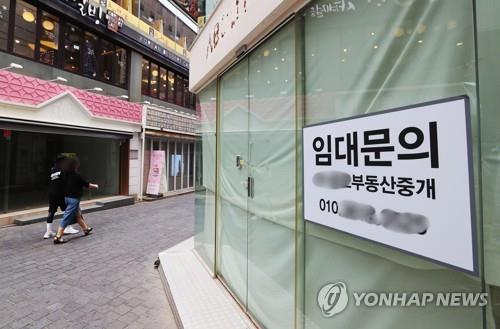