SEOUL, Sept. 7 (Yonhap) -- Hyundai Motor Co. said Tuesday it will apply the hydrogen fuel-cell system to all of its commercial vehicle models by 2028 as it seeks to gain a leading status in the hydrogen-powered vehicle market.

South Korea's top automaker plans to release most of its new commercial vehicles as all-electric or hydrogen fuel-cell electric models, the company said in a statement.

"The hydrogen system will be gradually installed in all of Hyundai's trucks, buses and other commercial cars by 2028. Some of the hydrogen-powered models will also be available as pure electric versions," a company spokesman said.

It is the first time for a carmaker to announce its plans to replace all of its combustion engine-based commercial vehicle models with electric ones. 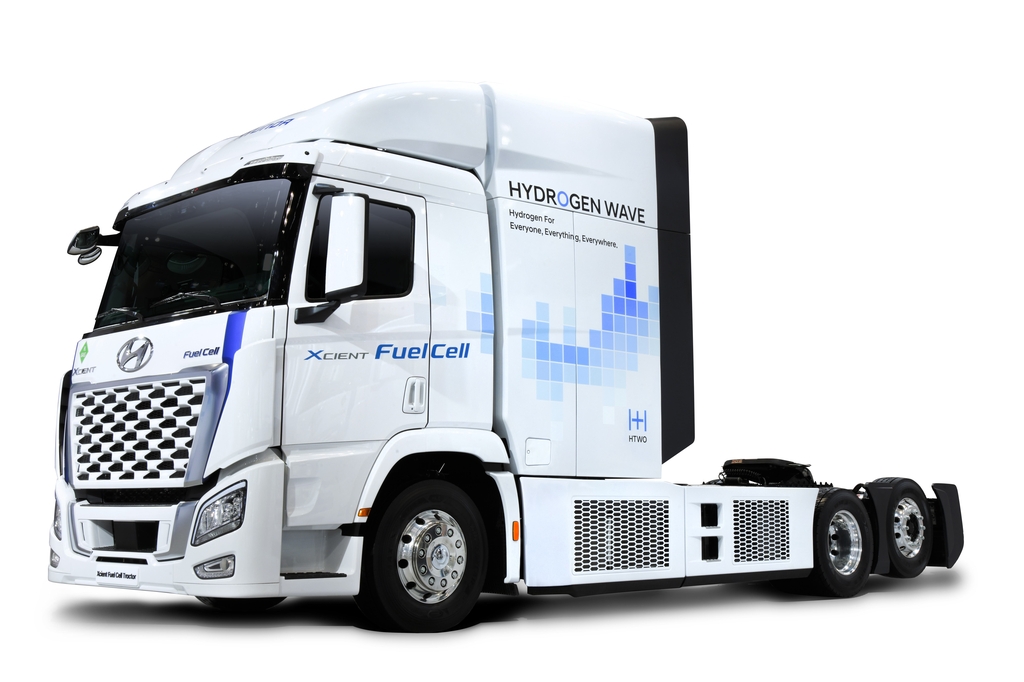 On top of vehicles, the company will explore new business opportunities by applying the hydrogen fuel-cell systems not only to other mobility solutions, such as trains, ships and urban air mobility (UAM), but also to homes, buildings and plants, Hyundai Motor Group Chairman Chung Euisun said in the statement.

The move is in line with the South Korean carmaker's plan to raise the ratio of electrified vehicles to 80 percent by 2040 in global sales.

All-electric and hydrogen electric models currently account for a mere 1.5 percent of Hyundai's global sales, and it initially aims to raise the ratio to 30 percent by 2030.

Hyundai Motor also plans to expand the hydrogen-powered passenger vehicle lineup to three from the sole model Nexo. The two additional models will be a multi-purpose vehicle and a sport utility vehicle.

In the past decade, Hyundai has increased investments in developing hydrogen vehicles and related technologies. Recently, it is focusing on strengthening its all-electric vehicle lineup as well in line with rival carmakers' electrification push.

The production costs for hydrogen energy would be halved within the next 10 years, helped by the rapid development of hydrogen-related technologies, according to a McKinsey report.

It also said using hydrogen for transport and other industries could reduce carbon emissions by 6 billion tons every year and create 30 million new jobs by 2050.

In the January-July period, Hyundai sold a total of 5,300 units of hydrogen vehicles, beating its archrival Toyota Motor Corp. and Honda Motor Co., which sold 4,100 and 200 units, respectively, during the same period.

To further promote their hydrogen push, Hyundai and its 124 suppliers plan to collectively invest 7.6 trillion won (US$6.7 billion) in hydrogen fuel cell electric car-producing facilities and related R&D activities by 2030.

From January to August, Hyundai's overall sales rose 18 percent to 2.64 million vehicles from 2.24 million units in the year-ago period.

Hyundai to apply hydrogen system to all commercial models by 2028

Hyundai to apply hydrogen system to all commercial models by 2028