Yoon, the front-running presidential contender for the main opposition People Power Party (PPP), faces allegations that he, while serving as prosecutor general, prodded the party to lodge criminal complaints against pro-government figures ahead of the parliamentary elections in April last year.

The suspicions emerged last Thursday when online news outlet Newsverse reported that Son Jun-sung, then chief investigation intelligence official of the Supreme Prosecutors Office under the command of then Prosecutor General Yoon, provided the United Future Party, a predecessor of the PPP, with two letters of official complaints to be filed against three pro-government figures and several other journalists just ahead of the April 15 general elections to possibly influence the polls.

The report said the provided documents accused them, including Rhyu Si-min, the head of a memorial foundation for late President Roh Moo-hyun, as well as Rep. Choe Kang-wook of the progressive minor Open Democratic Party, of defaming Yoon, his wife and close aides through false news reports. 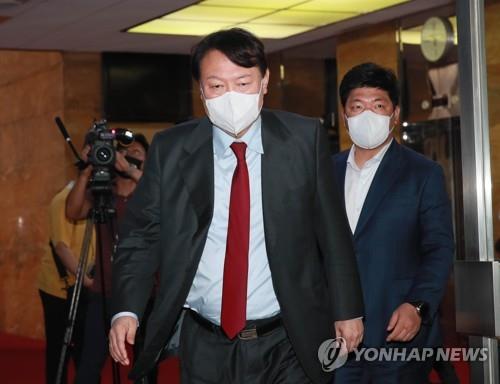 The documents were referring to a series of critical news reports in early 2020, which alleged Yoon's wife, Kim Keon-hee, was implicated in a stock manipulation plot and the prosecution service and a journalist colluded to target Rhyu and other pro-government figures.

Newsverse reported such letters of criminal complaints and other backup data were relayed to the main opposition party via Kim Woong, a former prosecutor who won his first parliamentary seat in the general election last year on the ticket of the party, on two occasions.

The sensitive issue, however, is expected to shape the presidential election for the time being, with Justice Minister Park Beom-kye suggesting the possibility of a full-fledged probe into the suspicions. It is also currently under a preliminary prosecution investigation at the instruction of sitting Prosecutor General Kim Oh-soo.

"The preliminary prosecution investigation needs to come up with a prompt result within a certain time limit. In the event it lacks sufficient explanations, the option of turning to the (formal) investigation system should be considered," Park said during a parliamentary session on Monday. He also vowed to review the option of a joint probe by the justice ministry and the prosecution.

The ruling Democratic Party (DP) has stepped up its political offensive against Yoon over the allegations, branding it as "a political ploy" by a politically motivated prosecution chief.

"I talked with some incumbent prosecutors over the phone and found that they were in shock, with some even saying they don't know whether the prosecution service should close down if this (scandal) is found to be true," Rep. Song Young-gil, the head of the party, said during a party meeting on Monday. "Suspicions that the former prosecutor general abused his power for private interest are surfacing."

The floor leader renewed his party's attack on the former chief prosecutor Tuesday, saying, "This case should not end up in a preliminary probe ... the Corruption Investigation Office for High-ranking Officials (CIO) should immediately launch a probe in order to find the truth behind this mutiny case." 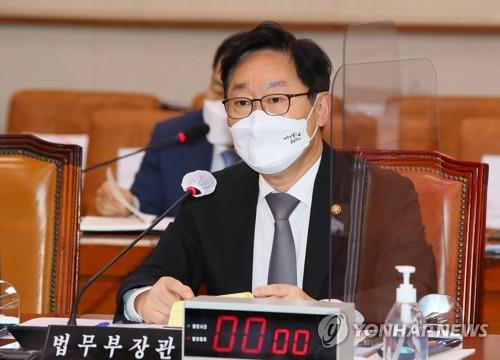 Many predict the prosecution probe could zero in on Yoon's alleged implication in the scandal down the road, weighing heavily on his presidential campaign at a time when his opinion poll ratings remain stagnant.

The PPP fought back and denounced the DP as launching slander campaigns against the powerful opposition presidential contender.

PPP Chairman Lee Jun-seok pledged Monday to establish a verification committee to screen the party's presidential contenders "in order to proactively protect and prove the candidates." 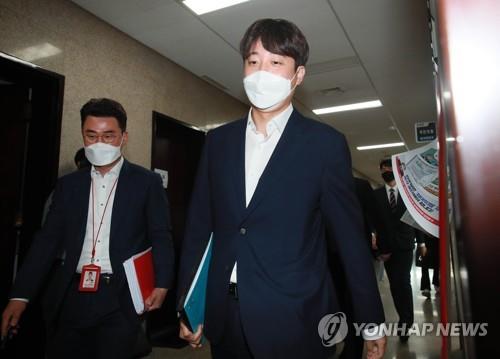 The main opposition party, however, is apparently on a tightrope out of concerns the scandal could upend its upcoming presidential primary and eventually the party's bid to claim the presidency. Criticism of Yoon has been voiced even from inside his own party.

"Looking at the unfolding case, I have this feeling that the party itself has risks of being dragged into it," Rep. Hong Joon-pyo, a runner-up PPP presidential contender, wrote on social media a day earlier.