"By 2025, we will expand the scale of solar and wind-related facilities by more than twofold compared to now," Moon said in a pre-recorded speech celebrating the second U.N.-designated International Day of Clean Air for blue skies.

Cheong Wa Dae explained that Moon reiterated the government's plan to increase the country's combined capacity of solar and wind energy production facilities, which reached 17.6 gigawatts in 2020, to 42.7 gigawatts by 2025.

Moon also underscored the need to achieve a big transition in the nation's economic structure and explained that the goal of the government's Green New Deal initiative was achieving carbon neutrality.

He projected that the carbon neutrality initiative could provide growth opportunities for companies in the fields of battery and the hydro economy.

Moon also promised to help South Korean companies "adjust well" to the Carbon Border Adjustment Mechanism (CBAM) of the European Union and other international programs to curb carbon emissions in the future. 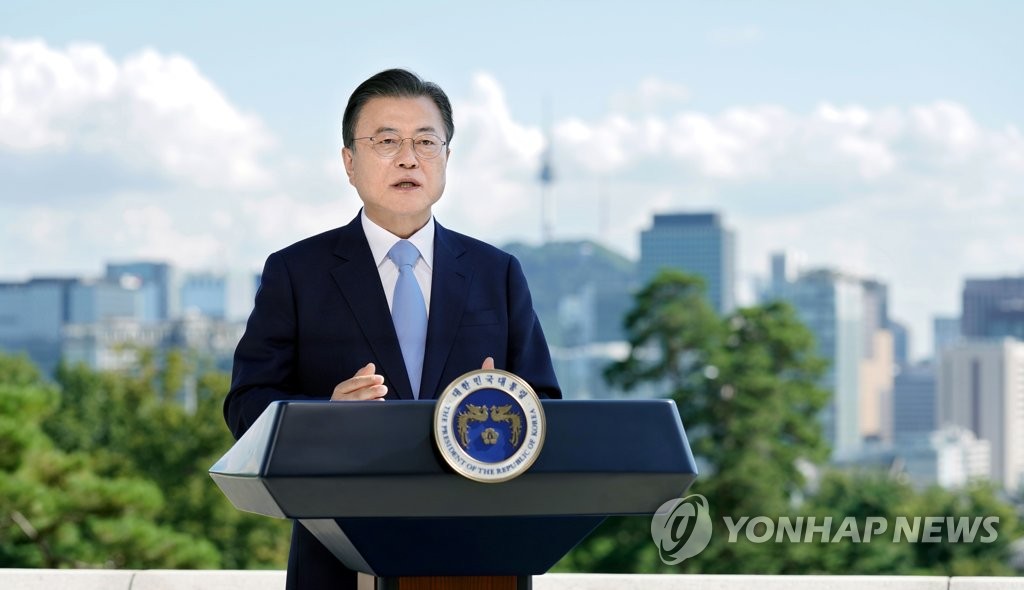