The online meeting will mark the first summit between the two countries since Khurelsukh's election in June, and the second meeting between the two leaders since the Mongolian leader visited South Korea in January 2018 as then prime minister.

Park explained that Mongolia is a key partner of South Korea in terms of Moon's New Northern Policy, which aims to boost ties with countries to the north of South Korea, and a staunch supporter of Seoul in respect to Korean Peninsula-related affairs.

She added that bilateral public health cooperation talks will move forward following the summit, explaining that Mongolia is a key member of the Seoul-led Northeast Asia Conference on Health Security. 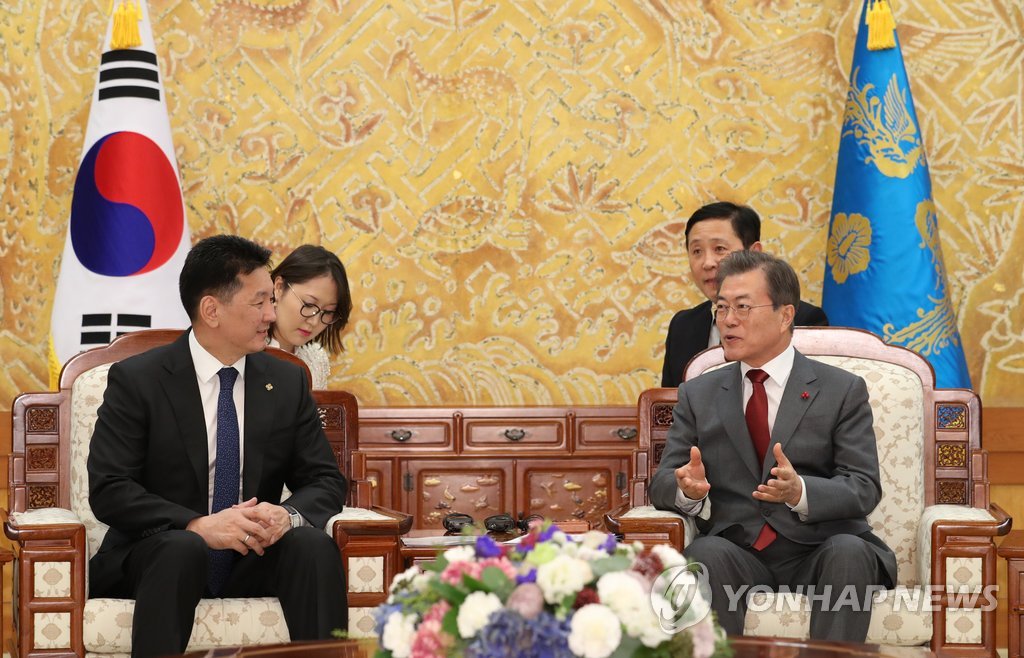