SEOUL, Sept. 7 (Yonhap) -- A Seoul-based human rights group claimed Tuesday a seaman killed himself four months after he was assigned to a Navy destroyer where he allegedly suffered bullying and verbal and physical abuse.

Lim Tae-hoon, director at the Center for Military Human Rights Korea, a nongovernmental organization, said at a press briefing that the man, surnamed Jung, who was found dead at his home in June, had endured bullying from other sailors on the 4,400-ton destroyer Gang Gam Chan, and his plea for help went unanswered by senior officers, including the destroyer's captain.

According to the center, Jung joined the Navy in November. Ten days after he was assigned to the destroyer in February, he had to take two weeks of leave to take care of his father, who was injured in an accident.

He returned to his unit on March 10 after two weeks of self-quarantine in compliance with the COVID-19 rules.

The center said group bullying started in earnest when the seaman came back. Some of his seniors verbally abused and bullied him. In one incident, he was pushed and shoved on the shoulder and head and fell to the ground, and verbal abuse was hurled against him.

On March 16, Jung "reported the assaults to the captain via a text message" but the captain "did not separate him from his abusers," Lim said.

Jung seemed to be in so much pain that he harmed himself on March 26, but no serious action was taken to help him relieve his pain and to punish his alleged abusers. At one point, he passed out on the deck, showing symptoms of panic disorder, according to the center.

The captain discharged him only on April 6 to get him treated in a hospital, where he stayed until June 8. He was found dead at his home 10 days later.

The captain and vice captain, who the center said were involved in the case, have yet to undergo any police investigation on Jung's death, and were assigned to the anti-piracy Cheonghae Unit on June 27.

"Despite concerns over evidence tampering, military police only said they will investigate the two primary suspects, the captain and vice captain, when the ship returns," the center said, criticizing what it believes was an utterly inadequate response to the case.

"Jung asked for help for his life multiple times, but his pleas went unanswered and were ignored," the center said, demanding military police detain the two for further investigation.

The Navy said military investigators were looking into the case.

The incident marked the latest in a series of recurring military sexual and physical abuse cases and the military's inadequate response to them.

Last month, a female Navy noncommissioned officer died by suicide amid the probe into the allegations that a senior chief petty officer at her former unit sexually molested her.

In May, a female Air Force service member took her own life, three months after she was sexually abused by a colleague. 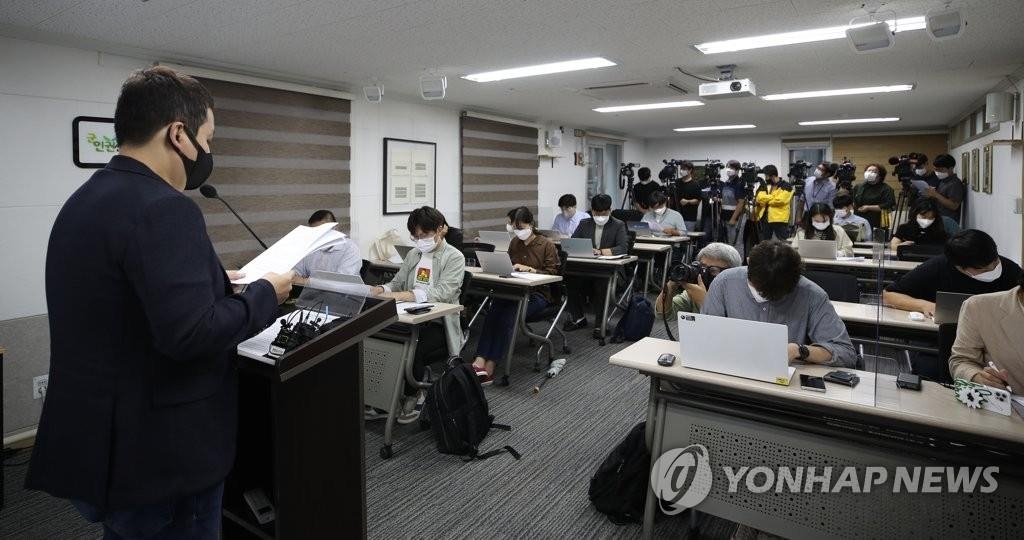