SEOUL, Sept. 7 (Yonhap) -- South Korea squeezed past Lebanon 1-0 for their first victory in the final Asian qualifying round for the 2022 FIFA World Cup on Tuesday, with second-half sub Kwon Chang-hoon netting the winner and rescuing the team from another disappointing draw.

Kwon scored at the hour mark, only two minutes after entering the match at Suwon World Cup Stadium in Suwon, 45 kilometers south of Seoul. The goal came after South Korea had been denied by the Lebanese goalkeeper Mostafa Matar on a handful of opportunities in the first half.

The victory gave South Korea four points after two matches in Group A of the final qualification phase. South Korea had a scoreless draw with Iraq last Thursday. 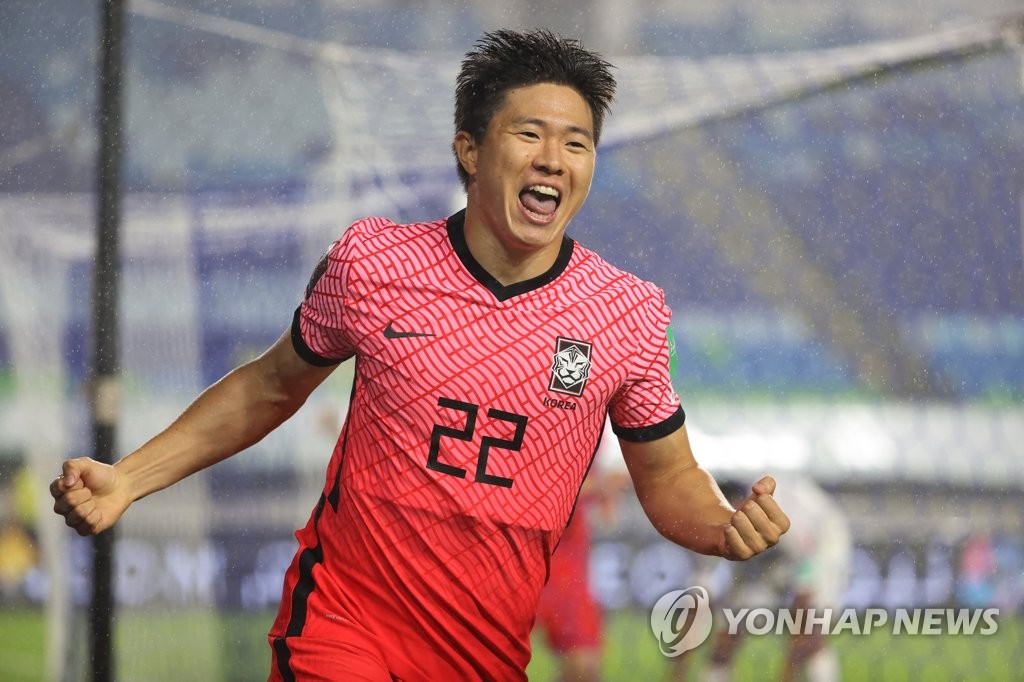 South Korea's next Group A match will be against Syria at home on Oct. 7, and they will then travel to Tehran to take on Iran on Oct. 12.

South Korea played Tuesday without their captain Son Heung-min, who was ruled out less than two hours before kickoff with strained right calf. While Son is as irreplaceable as any South Korean player, the offense looked more in sync than against Iraq. Had it not been for Matar's first-half heroics, South Korea would have enjoyed a far easier victory.

In the 10th minute, midfielder Lee Jae-sung tried to redirect a headed pass from Kim Min-jae with a header of his own, and Matar kept it out of the net. Some six minutes later, winger Hwang Hee-chan had an open look at the net after Lee's flick pass, but Matar punched the hard shot aside.

Then in the 26th minute, midfielder Lee Dong-gyeong fired a shot from the right side of the box, but Matar was up to the challenge. 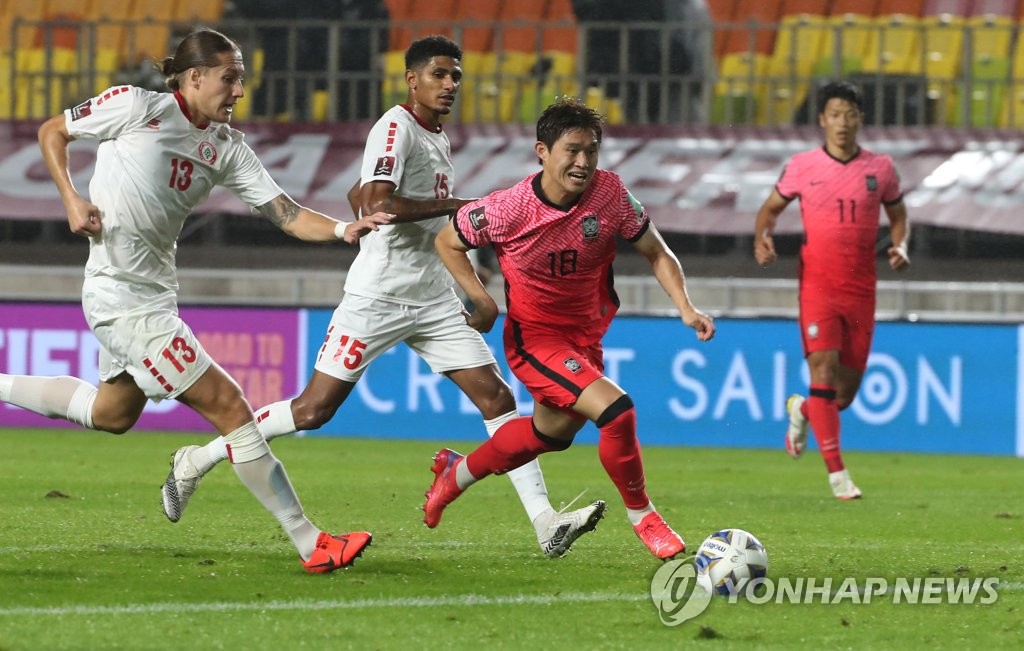 Matar had even more magic left in him, stopping consecutive shots by Hwang In-beom and Lee Dong-gyeong during injury time to keep the match tied.

Shot attempts were 13-2 in favor of South Korea in the first half, including a 5-0 edge in shots on target.

South Korea coach Paulo Bento sent striker Hwang Ui-jo into the match at the start of the second half, hoping to provide more spark on the attack. But it was another sub, Kwon, who got the job done.

Hwang Hee-chan was sprung free on the left wing and sent a low pass toward the middle. Kwon charged hard to the net and one-timed the pass into the bottom left corner for a 1-0 lead. 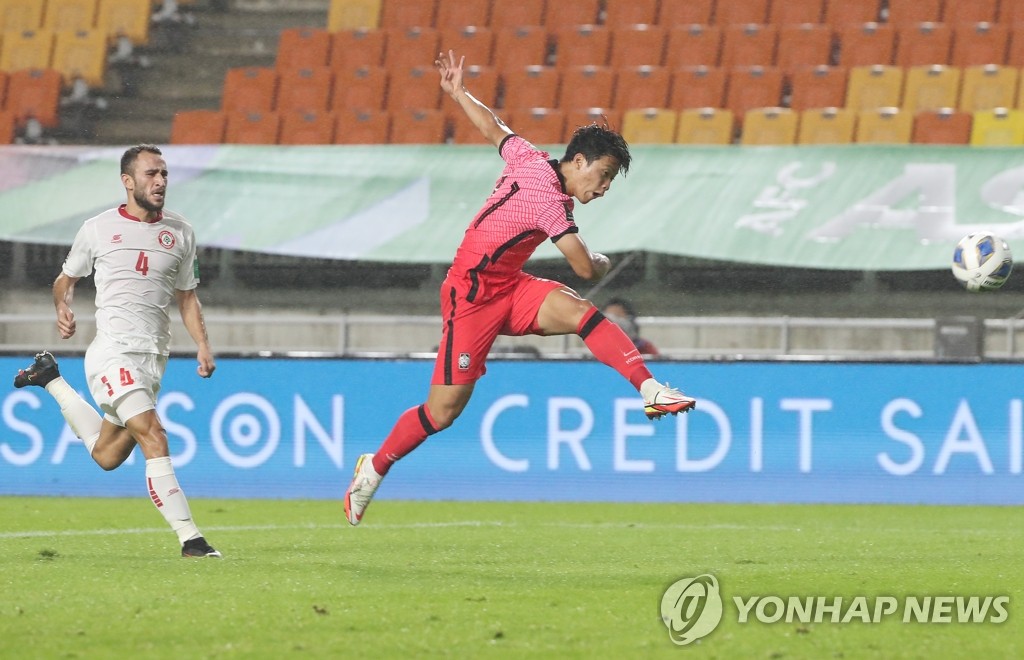 Lebanon, which had been sitting back in their own zone and appeared content to take a draw in an away match, started pressing for an equalizer. The South Korean attackers were unable to capitalize on open space created as a result, and Lebanon nearly scored a miraculous equalizer in the dying seconds before South Korean midfielder Son Jun-ho made a desperate clearing.

There are two groups of six in the current stage. The top two nations from each group will qualify for next year's World Cup in Qatar. The two No. 3 seeds will clash in a playoff match, and the winner will advance to the last-chance intercontinental playoff.

South Korea have appeared in every World Cup since 1986.