Well, it wasn't quite like that. But a win is a win, and South Korea will gladly take any victory coming their way -- even if it was a 1-0 squeaker over the underdogs Lebanon in their World Cup qualifying match on Tuesday.

Midfielder Kwon Chang-hoon scored the match's lone goal in the 60th minute, two minutes after coming off the bench at Suwon World Cup Stadium, and gave South Korea their first victory in the final Asian qualification round of the 2022 FIFA World Cup. 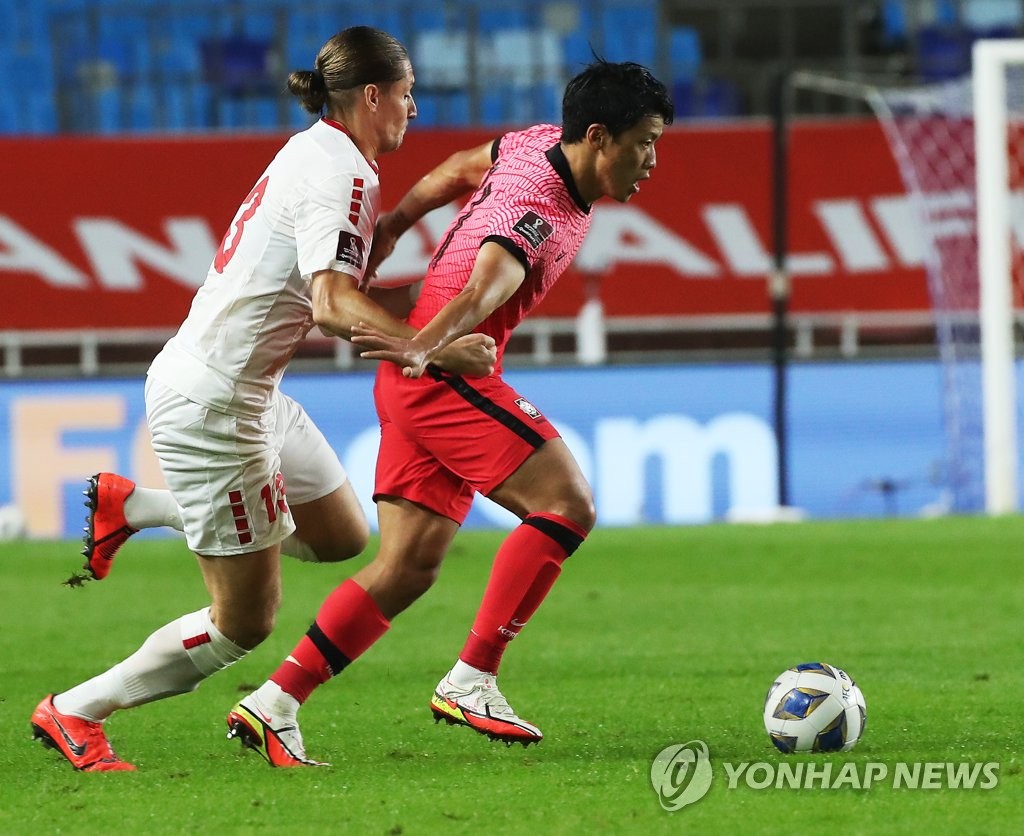 In recent memory, South Korea have never needed a win more than on this night, especially in light of their scoreless draw against Iraq last Thursday in Seoul to kick off the final qualification phase.

Tuesday's match had been originally scheduled to take place in Lebanon, with the return match set for January next year in South Korea. But the two countries agreed to switch the order of play, so that they would avoid playing in chilly winter conditions in Korea in January. That meant South Korea, world. No. 36, would open the qualifying round with two straight matches at home, and do so against teams ranked 70th and 98th.

Against this backdrop, the draw against Iraq felt more like a loss for South Korea, whose offense outshot the opponents 15-2 but came up emptyhanded.

As if South Korea needed any more bad news, Son, their captain and their most important attacker, was ruled out for Tuesday's match with strained right calf, less than two hours before the kickoff. 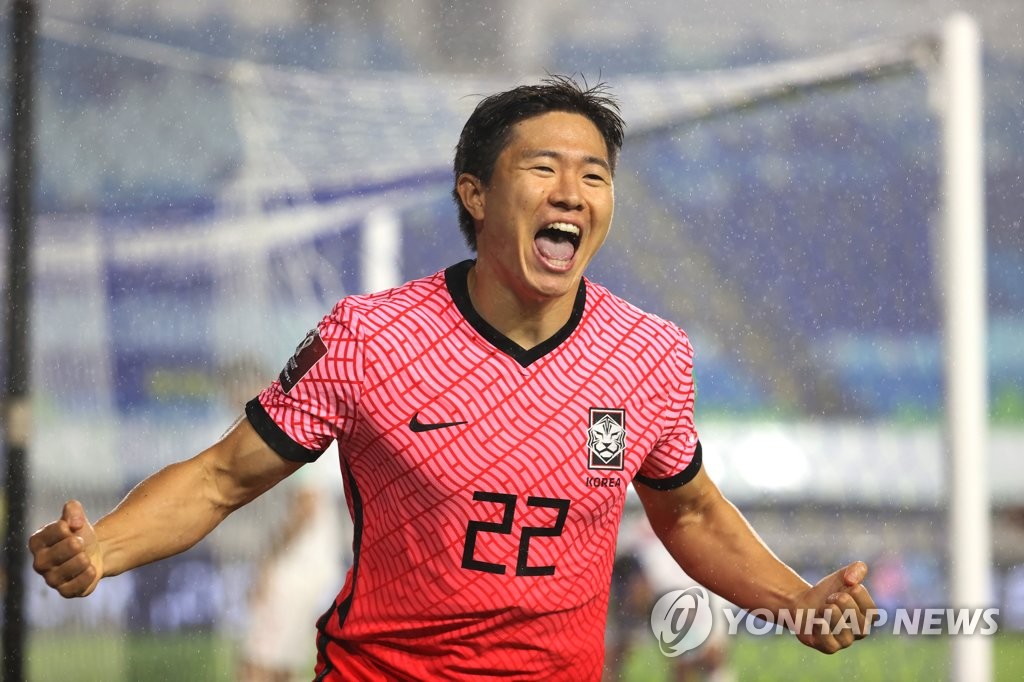 No player can replace Son on the team. And to South Korean players' credit, they came out looking determined to find ways to win, with or without the injured star.

The match was scoreless in the first half but it wasn't for lack of trying on South Korea's part. The Lebanese goalkeeper Mostafa Matar singlehandedly kept the match tied, turning aside five dangerous shots, including two quick chances in succession in the closing seconds of the first half.

Perhaps discouraged by the goalkeeper's heroics, South Korea didn't look nearly as sharp in the opening moments of the second half. Their passes, after looking quite crisp in tight space in the first half, were frequently off the mark.

Enter Kwon, a feisty midfielder with a nose for the goal. And he didn't even need much time to make his presence felt, as he converted a low cross from Hwang Hee-chan and beat Matar on the short side to break the deadlock. 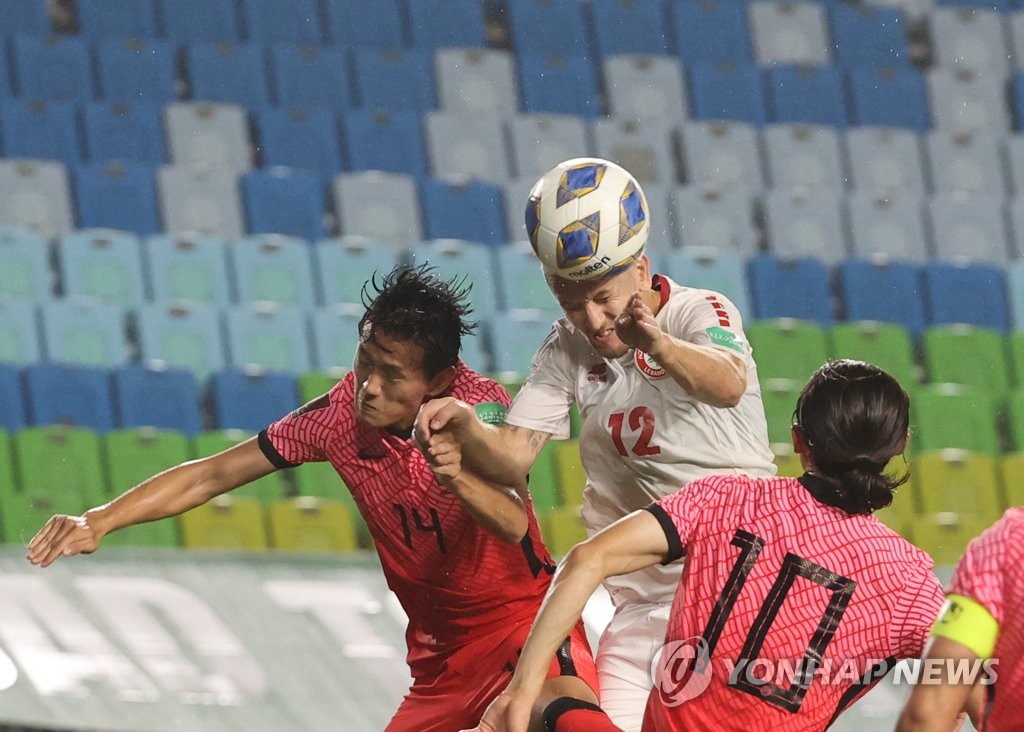 "The goal came fairly late in the match, and I felt responsible for our inability to score," Kwon said. "We've only played two matches (in the final round) and we have eight more to go. Every match will be difficult, but I think we can overcome adversity. We'll take it one match at a time."

Kwon said he and his teammates tried to forget about the Iraq match as soon as possible.

"That match was already in the past, and we couldn't afford waste time dwelling on that match," Kwon said. "We had to win this second match and so we shifted our focus to this one right away."

While Kwon deservedly enjoyed the spotlight as the lone scorer, Hwang was the most dangerous and busiest attacker for South Korea in the second half.

Freshly minted as a Premier League player for Wolverhampton Wanderers, Hwang lived up to his nickname, the "Bull," with his aggressive penetration into the box. Hwang made some questionable passes at times. But he remained persistent in his forays into the attacking area and kept the pressure on Lebanon until the end. 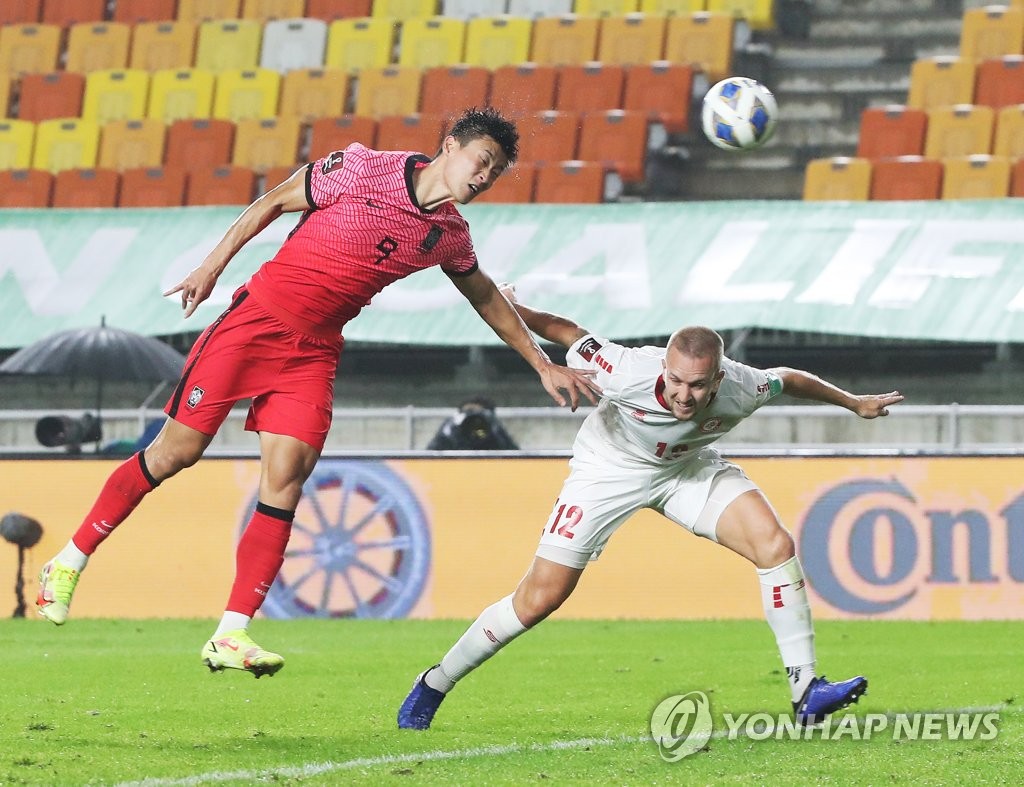