SEOUL, Sept. 8 (Yonhap) -- With two matches in the books for all teams involved, South Korea find themselves in second place in the final Asian qualification round for the 2022 FIFA World Cup.

South Korea defeated Lebanon 1-0 Tuesday for their first victory in Group A. The Taeguk Warriors improved to four points, having earlier played Iraq to a scoreless draw last Thursday. 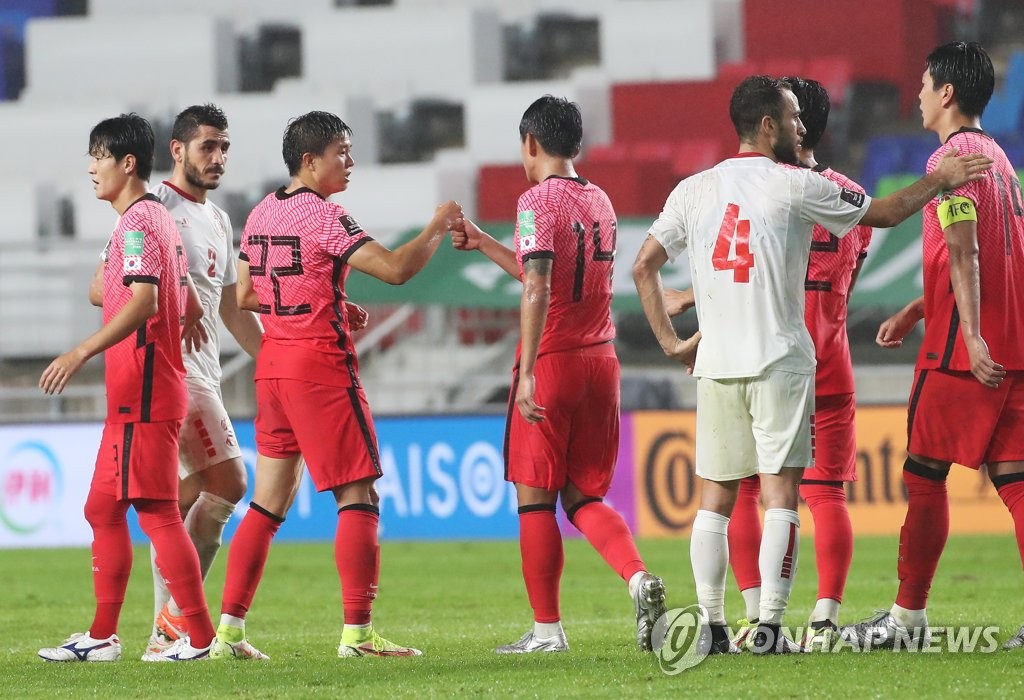 Four other teams in the group were also in action in matches that kicked off late Tuesday or early Wednesday in Korean time.

Iran shut down Iraq 3-0 for their second straight victory, which put them at the top of the group. Iran, also the highest-ranked team in Group A at No. 26, have scored four times without conceding any goals so far.

Trailing South Korea are the United Arab Emirates (UAE), which had a 1-1 draw against Syria Tuesday. The UAE have two points.

Syria, Lebanon and Iraq all have one point apiece, with identical records of one draw and one loss. The first tiebreaker is the goal difference, followed by goals scored. 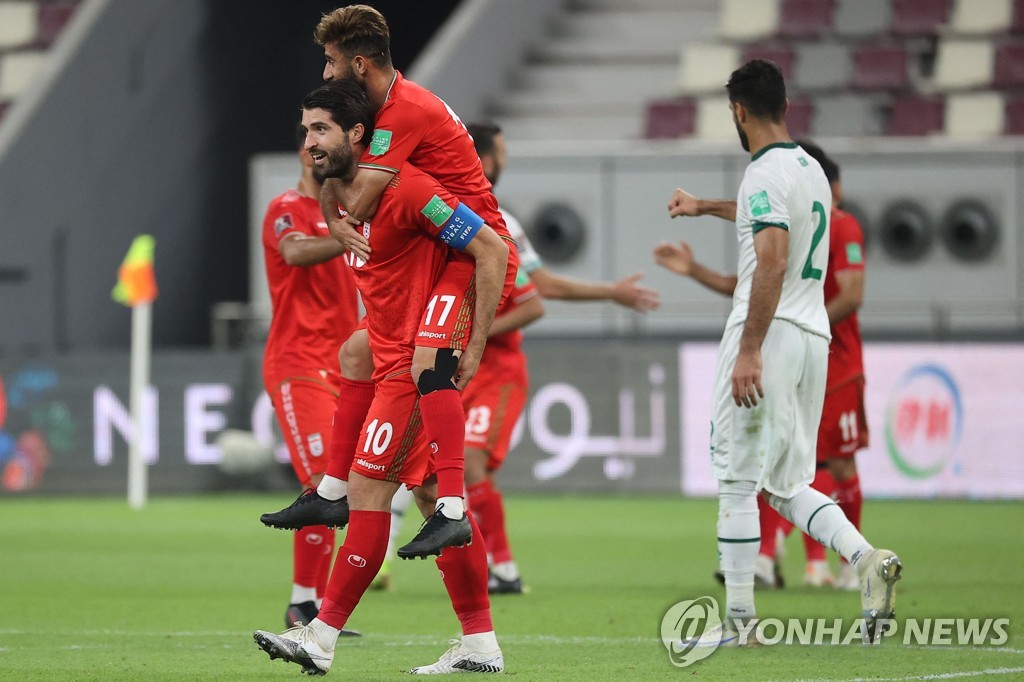 There are two groups of six nations in the current round. The top two teams from each group will qualify for next year's World Cup in Qatar, and the two No. 3 seeds will meet in a playoff match. The winner of that contest will then reach the last-chance intercontinental playoff.

South Korea have been to every World Cup since 1986.