SEOUL, Sept. 8 (Yonhap) -- Toronto Blue Jays' South Korean starter Ryu Hyun-jin will be in line to make his next scheduled start on the weekend despite experiencing some discomfort in his left arm during his most recent outing. 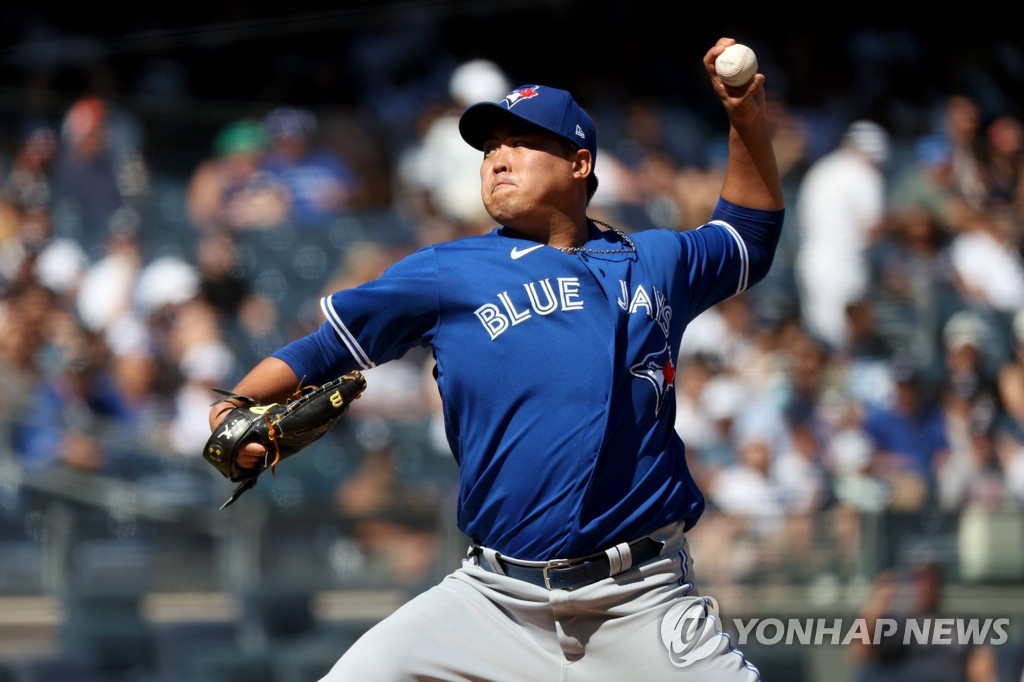 In the first game of a four-game series against the New York Yankees on Monday, Ryu tossed six shutout innings in an 8-0 victory but didn't come back out for the seventh inning even though he'd only thrown 80 pitches.

Ryu revealed after the game that he had some tightness in his forearm after relying heavily on a slider, a pitch he hadn't featured in the recent past, and that he told the coaching staff he didn't want to push himself too much.

Ryu also insisted the issue wasn't serious and he would have no problem getting ready for his next start, and Montoyo confirmed that.

Ryu is slated to start the first game of a double header against the Baltimore Orioles on the road at 4:35 p.m. Sunday, or 5:35 a.m. Monday. 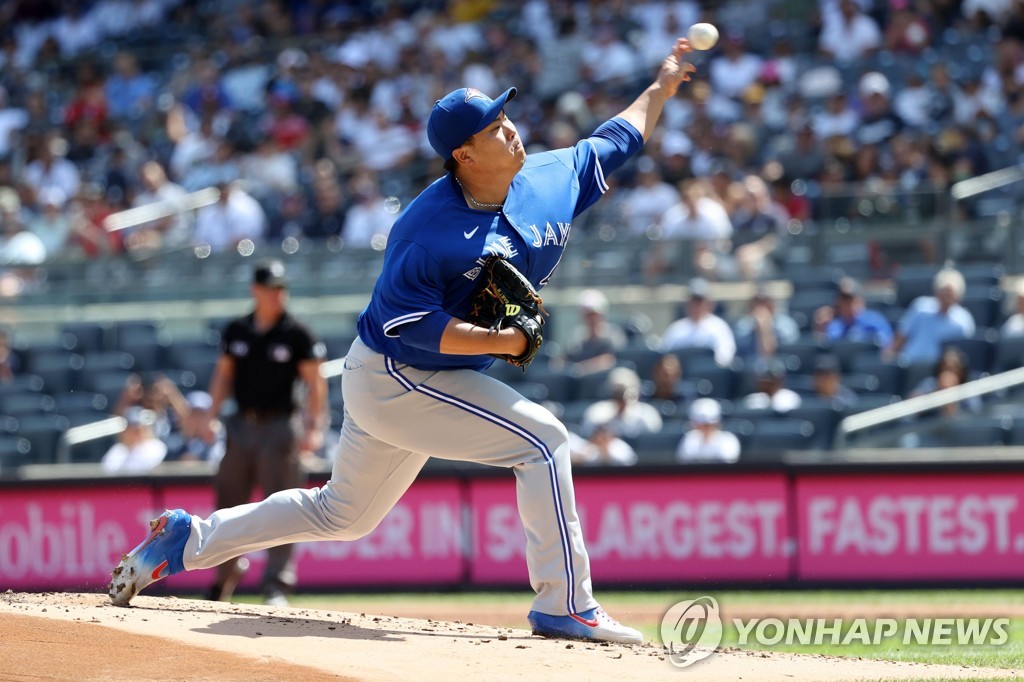