The 5th ministerial talks will take place in Seoul on Monday, attended by Foreign Minister Chung Eui-yong, Defense Minister Suh Wook of South Korea and their Australian counterparts, Marise Payne and Peter Dutton, respectively, the ministry said in a release.

Their previous talks were held in Australia in December 2019.

Announcing the upcoming trip that also includes stops to Indonesia, India and the U.S., Australia's Ministry of Foreign Affairs and Trade said the talks "will advance our continuous efforts to work with others to make a positive and proactive contribution to Indo-Pacific peace and stability."

At next week's talks, bilateral relations, cooperation on multilateral platforms and other regional issues of mutual concern are expected to top the agenda.

They are also expected to discuss ways to boost economic cooperation in such fields as mineral resources and hydrogen energy, and to work together on Korea's signature New Southern Policy and Australia's Indo-Pacific strategy.

In July, South Korea's Navy joined a U.S.-led multinational maritime exercise, known as the Pacific Vanguard, in Australian waters as part of efforts to boost cooperation in combined operations.

Chung last met Payne on the sidelines of the Group of Seven ministerial meeting in Britain in May, when Korea was invited as a guest. 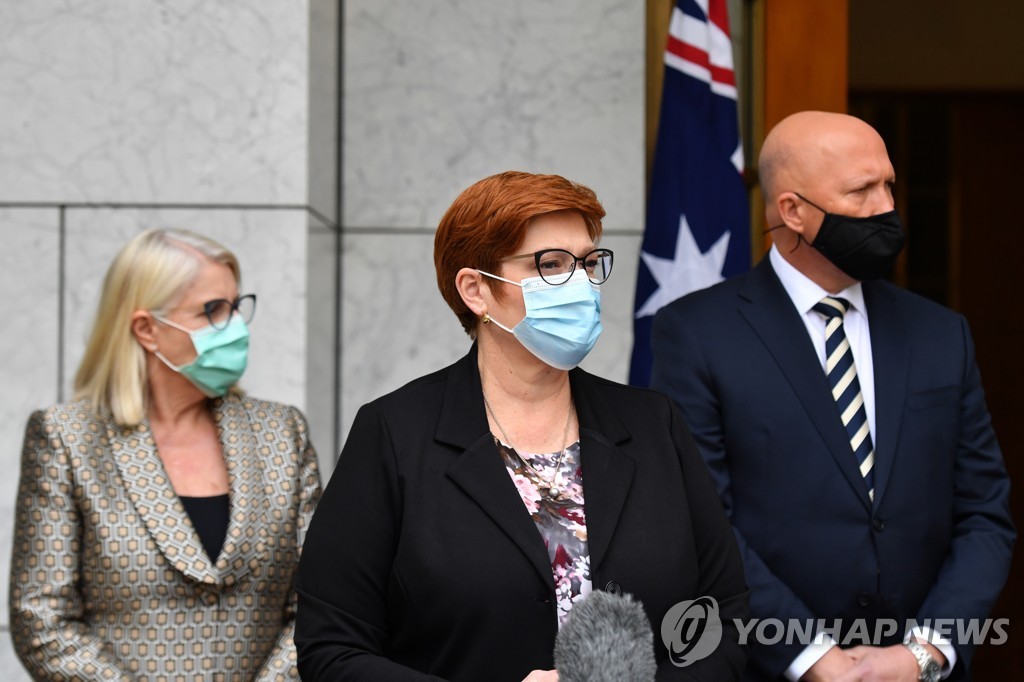