Holders of credit and debit cards spent an average 2.7 trillion won (US$2.3 billion) per day in the January-June period, compared with 2.5 trillion won the previous year, according to the data by the Bank of Korea (BOK).

But credit card spending at restaurants declined 8.9 percent on-year as people refrained from dining out amid the protracted pandemic.

The South Korean economy has been on a recovery track on the back of robust exports and improving private spending.

Asia's fourth-largest economy grew a revised 0.8 percent in the second quarter from three months earlier, slowing from a 1.7 percent on-quarter increase in the first quarter. 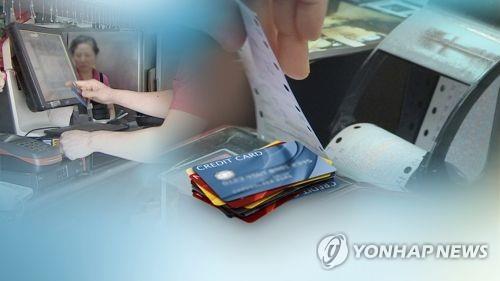 Daily card spending up 8.4 pct in H1 amid pandemic

Daily card spending up 8.4 pct in H1 amid pandemic