He couldn't stop watching the six-episode series about soldiers in the D.P. unit, standing for deserter pursuit, whose job is to track down military deserters, although he has nothing to do with the military police unit.

"The series made me feel sad and contrite as the Netflix drama depicts real-life cases in the army that might have happened to me," said Lee, who completed his 18-month military duty a few years ago. "Some say the South Korean military has improved a lot, but I think it still has a long way to go." 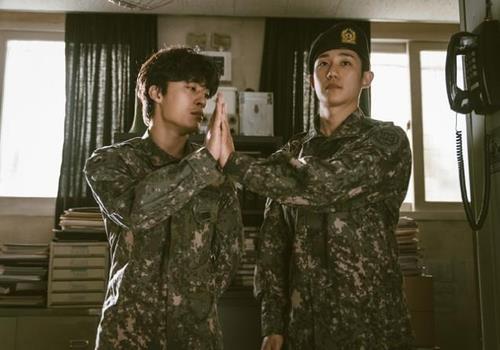 Set in 2014, "D.P." tells the backstories of soldiers who flee from the military after constant physical and verbal violence and power abuse by superiors through two D.P. officers of Private Ahn Jun-ho (Jung Hae-in) and Corporal Han Ho-yeol (Koo Kyo-hwan).

All able-bodied South Korean men must carry out military service for about 18 months in a country that is still technically at war with North Korea as the 1950-53 Korean War ended in a truce, not a peace treaty.

So the pains and struggles of young men serving in the armed forces have often been the source of social debates and literary and cinematic interpretations for decades in the country.

The TV series "D.P.," a Netflix original series released on Aug. 27, is the latest work that sheds light on the dark side of the military where most of South Korea's twentysomethings spend nearly two precious years.

Written by Kim Bo-tong, the author of the original webtoon, who is a former D.P. soldier, the series explicitly depicts the pervasive violent culture in the South Korean military through bullying and mistreatment of soft-hearted boys by cruel senior soldiers in barracks.

And it points the finger at higher-ups, who were also victims of bullying as juniors, as they try to cover up the hazing scandals, as violent incidents could harm their chances for promotion.

"D.P." takes a different approach from many previous military-themed Korean TV series or variety shows, including "Descendants of the Sun" (2016) and "The Iron Squad" (2021), which had focused only on bright sides, like romance with soldiers or military camps that give soldiers the chance to toughen up physically. 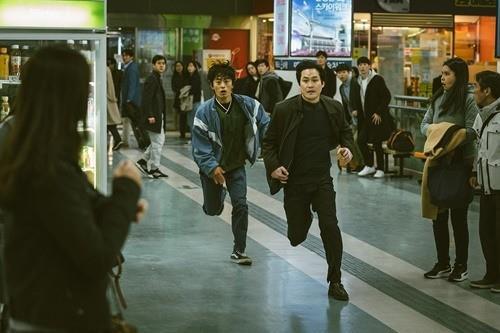 The unprecedented real-life portrayal of the military has been winning rave responses from men in their 20s and 30s, who are skeptical about views that the Korean army has improved and abuses are a thing of the past.

They contend that the military has remained the same, citing the recent sexual harassment cases in the Air Force and in the Navy, and low quality meals and poor living conditions for soldiers, all of which have drawn media attention earlier this year.

In addition, this week local human rights group reported that a seaman killed himself after enduring months of bullying and verbal and physical abuse while serving in a Navy destroyer and his plea for help went unanswered by senior officers, including the destroyer's captain.

"I know the D.P. unit is too special to represent the entire military environment," said Goh Dong-wan, who said the two-year military service was the most difficult time in his 35 years of life. "But the absurdity and bullying in the military resonate with Korean people." 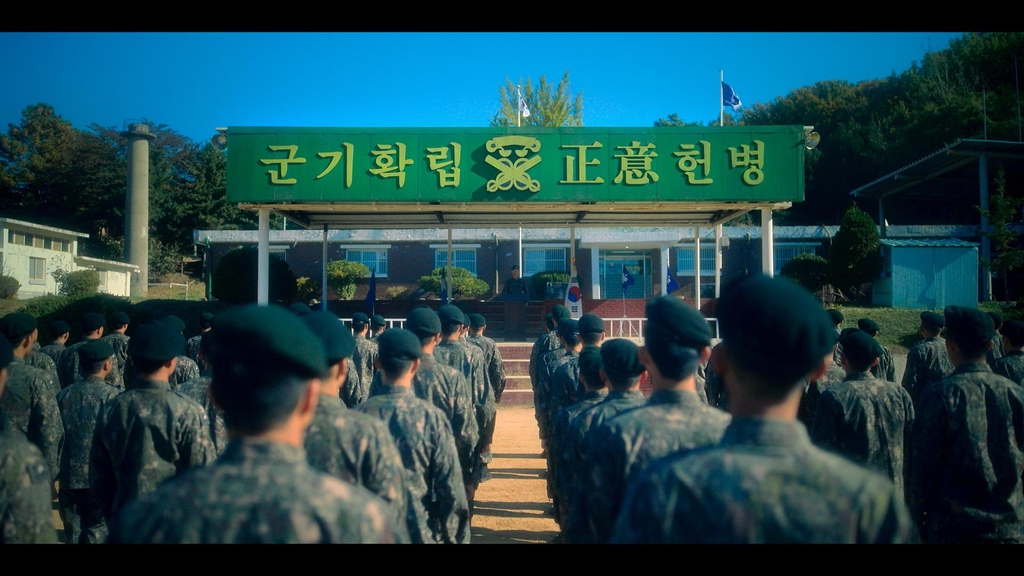 The growing voices from young people have drawn attention from politicians in the run-up to the presidential election next March.

"Those are the deepest-rooted practices to which people have turned blind eyes under the pretext of moral education," he said, referring to violence in the military. "The reality is always beyond our imagination. Those long-standing abuses have been continuing secretly and silently."

He then vowed to end the "history of brutality" and change the barracks culture if he is elected president.

Hong Joon-pyo from the main opposition People Power Party (PPP) promised to replace the draft with a volunteer military system, reacting to the drama on Facebook. However, the Ministry of National Defense said the military environment in 2021 has changed in many ways from the time in which "D.P." is set. In 2014, the nation was shocked by the death of a soldier in an artillery unit, who had suffered months of beating, torture and other cruel treatment by his seniors.

Those violent practices have decreased in recent years and the permission to use mobile phones among rank-and-file soldiers last year has bettered the atmosphere remarkably.

"We've been making constant efforts to improve the culture in barracks," Defense Minister Suh Wook said in a parliamentary session on Wednesday. "(The Netflix series) provides some fresh momentum for the military to look for blind spots."

The ministry said as part of the military's efforts to reform its judiciary system, the D.P. soldiers will be replaced with senior military officers from next year in accordance with a recent law revision. Currently, there are some 100 conscripted D.P. soldiers in the Army unit.

Han Jun-hee, the director of the series, said it is not only a military drama but also a human story that people can easily find around them.

"The military is a microcosm of this society, which has human relationships, conflicts and victims and perpetrators," he said in a media interview last week. "I know there's some improvement in the military, but I think this series will play a role in keeping our guard up against military violence and remembering it."