The meeting between Vice Minister Park Jae-min and his counterparts from 10 Southeast Asian nations took place via video links on the sidelines of the Seoul Defense Dialogue (SDD) which kicked off in the day for a three-day run.

During the talks, Park introduced the country's New Southern Policy that aims at deepening ties with ASEAN, and vowed continued efforts for peace and stability in the Asian and Pacific regions by further invigorating multilateral cooperative mechanisms, according to the ministry.

"The two sides agreed to further strengthen their cooperation in defense and related industries, as well as in non-security fields," the ministry said.

The vice-ministerial dialogue has been held on an annual basis since being launched in 2017, excluding last year amid the COVID-19 pandemic.

This year's SDD brought together senior officials from major countries including the United States, Japan, China and Russia, as well as civilian experts, who will explore ways of cooperation in various security fields such as the global health crisis, and cyber and space threats, according to the ministry. 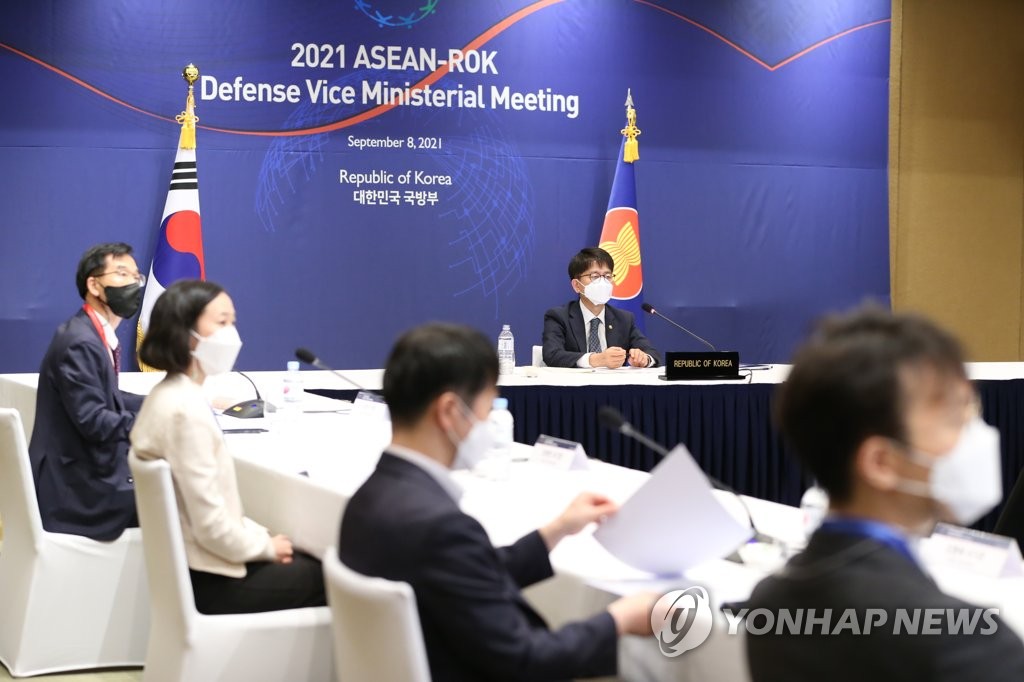