SEOUL, Sept. 10 (Yonhap) -- In August, President Moon Jae-in announced South Korea's ambitious plan to become a global hub for the production of COVID-19 vaccines with support of 2.2 trillion won (US$1.92 billion) over the next five years, starting with the development of the country's first homegrown vaccine.

Although the pharmaceutical industry welcomes the unprecedented support, there is a need for more tailored and expanded backing before achieving world-class vaccination technology, according to experts. 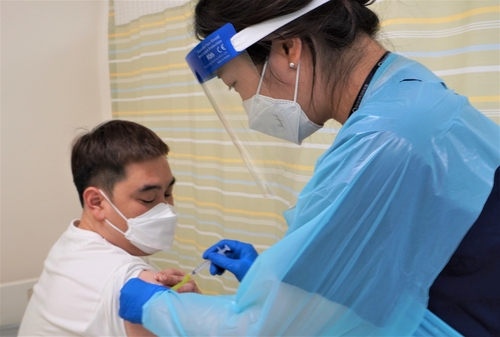 While South Korea has been touted as a model for its quick and well-organized response against the COVID-19 pandemic during the early stage of the pandemic, the country has since lagged behind other advanced nations in vaccinating its population amid a tight vaccine supply.

A total of 31.3 million people have received their first shots of COVID-19 vaccines since its nationwide inoculation campaign in late February, accounting for 61 percent of the country's population, while those who are fully vaccinated reached 18.8 million, accounting for 36.6 percent.

The rate, although gathering pace, is much lower compared to other developing nations, which mostly began the vaccination campaign late last year. Nearly 70 percent of adults in the European Union are now fully vaccinated, with more than 50 percent in the United States.

Although South Korea has secured enough shots to fully vaccinate 99 million people, more than enough to vaccinate its entire population, potential need for booster shots to deal with the more contagious delta variant could possibly strain vaccine supplies for the country.

Also, tight shipments and glitches in vaccine supply have prodded the country to seek its own scheme to become stable and get enough vaccines -- developing homegrown vaccines.

Currently, there are seven local companies, including leading drugmaker SK Bioscience Co., that are developing multiple types of COVID-19 vaccines.

Among them, front runner SK Bioscience has begun the phase three clinical trial of its COVID-19 vaccine candidate, GBP510, globally. Commercialization is expected as early as the first half of next year.

"In order to achieve 'vaccine sovereignty,' it is a must that the government supports pharmaceutical companies both in financial and policy terms," said Seong Baek-lin, a professor at Yonsei University, stressing the government's plan should continue regardless of the short-sighted outcome. 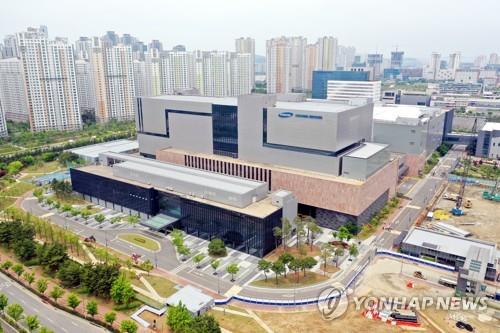 The service currently is limited to putting Moderna's advanced researching messenger RNA (mRNA) into virals, with the possibly of expanding the CMO scheme into manufacturing mRNA substances.

"Samsung Biologics plans to complete its facilities to produce the drug substance in mRNA COVID-19 vaccines by the first half of 2022," said an official of the biotech unit of Samsung Group official who asked not be named.

"The company is already a home to the world's leading contract drug manufacturers."

Industry officials say GC Pharma and the CEPI are expected to ink the formal contract aimed at producing 500 million doses by May 2022. 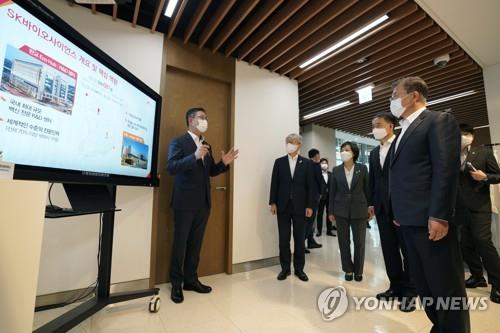 But experts say it is vital Moon's initiative is fully supported in the long-term, going beyond just providing perks, such as tax breaks, on vaccine-related research and facilities investment.

"Vaccine development needs lots of time, experience and money, not just for developing core technology and manufacturing infrastructure, but also clinical trials," said an official of Korea Pharmaceutical and Bio-Pharma Manufacturers Association (KPBMA). "It is important the government has a road map that does not focus on short-sighted results."

In a positive move, the country's medicine regulator announced late August it will dramatically shorten the approval process for COVID-19 vaccines and treatments from 180 to 40 days.

Industry officials also stress the government needs to review the plan with more of a sense of reality as the financial support budget, while greatly welcomed, greatly falls short of expectations.

According to a new fiscal budget proposed for next year, 700 billion won (US$599 million) is earmarked to create a fund to finance a project on the global vaccine production hub.

"It is good news the government is helping the development of vaccines, yet it usually costs more than 1 trillion won to make a vaccine that targets the global market," said an official of the major drug firm, who asked not to be named.

Industry officials also cited the importance of expanding cooperation with major developed nations in the vaccine sector, such as the United State and the U.K.

Last week, the Ministry of Trade, Industry, and Energy formed a task force that focuses on strengthening the vaccine supply chain so that local drug firms can better export drug materials for COVID-19 vaccines.

"The government's pragmatic support is the companies' needs," Lee Seung-kyu, vice president of the Korea Biotechnology Industry Organization, expressing hope the cooperation will expand beyond the bureaucratic level. 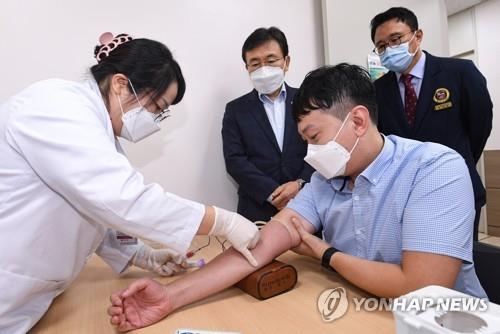